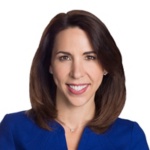 During the recession that started around 2001, many companies reacted by freezing everything around talent. The mentality was: we’re firing, not hiring, so talent management isn’t a priority. Survival replaced achievement as the core metric. In retrospect, that was obviously a huge mistake.

The fact is that the need for effective talent management never changes. Consider that when the U.S. unemployment rate surpassed 10% in late 2009—the highest in 26 years—three million skilled positions remained unfilled. Even in the worst of times we were in a talent crisis when it came to critical skills.

In this latest recession, many sophisticated companies learned from their earlier mistakes around freezing talent management efforts. Yet too often, companies take what I call the peanut-butter approach, which is to spread a thin layer of strategic HR practices and tools for performance management, development planning, and rewards across the organization, so that everyone gets a little taste and paper processes get automated. What a waste of limited resources.

That’s a harsh assessment, I realize. But the ultimate data point is that most companies that had deployed Talent Management systems prior to the most recent downturn did not use those systems for strategic decision making as they downsized. So in the time of greatest strategic need, the practices and systems in place failed to support the organization.

Instead, talent programs during tough times (and good times too) must be managed with surgical precision, strategically investing limited dollars against measurable goals. That means identifying critical job roles within the organization–including those that are tough or expensive to fill—knowing who is filling these roles, and constantly and proactively understanding the intersection of individual, team and business performance.

This requires a business-centric rather than HR-centric approach, moving beyond automating processes to put better information in the hands of managers and business leadership to support real-time decision making. Effective business leaders never look at employee performance independent of business results, and neither should we.

Mercer’s study shows 97% of respondents expect an increase in competition for talent over the next three-to-five years, with 58% calling it ‘significant.’ Replacing someone in a critical or leadership role can cost 200%+ of that person’s salary. And you can bet that the improving economy will instill more confidence among your most talented performers.

Organizations that get smarter with HR practices during tough times—and place them in alignment with business results—will emerge with the most robust organizational capacity for finding, developing, aligning and retaining talented people.

They will also emerge as leaders in their industries.