Today, Taoiseach Enda Kenny visited the Workday office in San Francisco as part of a tour of U.S. technology companies. The prime minister’s visit to the Bay Area makes it worth reflecting a little more on where we’ve come from in Ireland—and what possibilities exist. 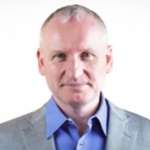 “In relation to any problem, what commodity of apparently fluid nature is it necessary to hammer out? A solution. What obscure and unhelpful act is often done with a problem? That of only tinkering. And to what degree is a problem sometimes insoluble? Well-nigh.”

Today, Taoiseach Enda Kenny visits the Workday office in San Francisco as part of a tour of U.S. technology companies. The Prime Minister’s visit to the Bay Area makes it worth reflecting a little more on where we’ve come from in Ireland—and what possibilities exist.

In 1991, myself and three colleagues started a company called IONA Technologies. It went on to become modestly successful, and arguably the first of a kind in Ireland: a home-grown, publicly listed software company.

A lot has changed in Ireland since then. In the early ’90s, Ireland was just starting the journey on what would become the Celtic Tiger. There were small tech consultancies and resellers, but very little in the way of what we consider today as a software company. However, there was a lot of talent—one of the first companies to provide a commercial C++ compiler, Glockenspiel, was set up in Dublin in 1984 by John Carolan.

Ireland has a long tradition of storytelling: the second half of this blog post title comes from a famous memoir by Muiris O Súilleabháin of his life on the Great Blasket Island off the coast of Kerry. Add to that writers such as Wilde, Shaw, Beckett, Joyce, Yeats, and of course the incomparable Flann O’Brien, and you have a star-studded cast who have made a global and pervasive impact on English literature.

In many ways, there are parallels between storytelling and software (and not just that they are both works of fiction!). Software is eternally malleable: after all, a software program is just a collection of 1s and 0s, executed at millions of instructions per second, creating something akin to magic. Storytelling and software are both, in some deep fashion, works of imagination and illusion. A creative intelligence is necessary to both.

In the past 10 years, Ireland has done a terrific job of attracting many notable software companies to set up operations: Amazon, Facebook, Google, Yahoo, and of course, Workday.  Many of these came because Ireland provides a great location for U.S. companies expanding into Europe. In addition to its highly educated workforce, Ireland increasingly is a place where talented people from all over Europe want to live and work. Also, as the World Bank notes, Ireland is a good place to do business.

However, the Workday story in Ireland is a bit different from many of the other software companies located here.  Workday acquired Cape Clear, the company I helped set up after IONA, in 2008. Workday in Dublin is in many ways a mini-version of our facility in California.  In particular, we design, build, test, operate and support key elements of the Workday service.

When Workday first acquired Cape Clear, it was mainly for the “middleware” expertise that we brought to the company. Over time, as we have more tightly integrated the original Cape Clear product into the Workday stack, the team in Dublin has grown to take ever-greater ownership of many of the complex technologies that enable the Workday platform to scale to meet the demands of our ever growing customer base. The Dublin team has been at the forefront in introducing technologies such as Scala, Akka, Basho-Riak, RabbitMQ, Chef, and many others into the Workday product stack. In my experience, it’s very unusual for a company to have two significant development centers—Dublin and Pleasanton, Calif.—co-operate in such a positive and productive manner. This co-operation is very valuable and something we work hard to foster.

With how much that has changed in Dublin (and the rest of Ireland) in the past 20 years, it would be nice to think that the software industry here has played a major role in helping us grow, become more outward looking, and more welcoming as a place to do business and foster great companies. While some of the companies that grow here are headquartered elsewhere, there are a new slew of Irish software companies. For Ireland to continue to expand (as I believe it will) as a significant software location it needs both the large multinationals and the small indigenous startups. In addition, the lines between geographic locations are blurred for all sorts of software companies: many of the Irish startups established their first sales offices in California.

The Ireland of today might be foreign to Muiris O Súilleabháin, but I’d like to hope that he would recognise the sense of community, hard work, and independent thought that has made it possible. Or as Flann O’Brien might say: “What did a bird never fly on?  One wing!”

Posted in:  Workday News and Culture
Customers Innovation and Technology