I recently spoke at a conference where I was asked the question, “What did Workday see in the market that made you think there was any opportunity for a new enterprise player?” Time constraints and the element of surprise conspired to make my answer sub-optimal at the moment. But it is a very good question deserving of a thoughtful answer, and as this month represents our nine year anniversary as a company, not a bad time to do a bit of reminiscing. 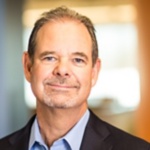 I recently spoke at the North American Shared Services & Outsourcing Week conference where I was asked the question, “What did Workday see in the market that made you think there was any opportunity for a new enterprise player?”

Time constraints and the element of surprise conspired to make my answer sub-optimal at the moment. But it is a very good question deserving of a thoughtful answer, and as this month represents our nine year anniversary as a company, not a bad time to do a bit of reminiscing.

When Dave Duffield and Aneel Bhusri founded Workday in March 2005, the ERP market was saturated with well over 100 general ledger products. The market was dominated by a few giant legacy companies, while many of the smaller players were in the process of getting snapped up through acquisitions. In August of that year, I joined Workday to lead application strategy, and here is what we saw at the time:

While completely dominant in share, the legacy software vendors had stalled and their products provided less and less value at higher and higher costs. They had stopped innovating and were raising support fees, confident in the fact that their customers had nowhere else to go. Was anybody really going to switch from one on-premise vendor to another?  Maybe a few, but I believe most of their customers viewed that move like rearranging deck chairs on the Titanic.

At the same time, exciting new things such as a consumer-friendly Internet, Web services, multi-tenant cloud computing, object-oriented structures, and in-memory technologies had begun to emerge.  These innovations offered the potential of a completely new approach to enterprise software, but there was no way the existing players could take advantage of them in their legacy products. In fact, I recall vendors implying their customers weren’t interested in some of these technologies, they were too new and untested to fit into product strategy plans, or even that they were not appropriate for enterprise implementations.  But the reality was the legacy software industry had lost the ability to innovate new products and couldn’t rise to the opportunity suggested by this technical revolution.

That’s because for the previous 15+ years, legacy software had advanced primarily via acquisitions that were then bolted on to the outside of 1980s vintage products.  Even today, look behind the curtain of legacy software, and you will see a complex hodge-podge of various pieces and parts held together with the software code equivalent of duct tape and bailing wire.  The systems of the legacy era have become exceptionally heavy, complex, and expensive, and there is no way out, because these problems can’t be fixed with more wraps, layers, and bolt-on applications.  You can’t fix weight, complexity, and cost by adding more of the same.  Albert Einstein said this was the definition of insanity: doing the same thing over and over and expecting different results.

Einstein also made another, somewhat lesser known observation when he said, “The problems we face today can’t be solved at the same level of thinking we were at when we created them.” In essence, things will progress to the point where they cannot progress any further and at that time, you have to start over with a fresh approach.

The inconvenient truth about legacy software nine years ago was that it had reached that point.  Legacy systems had nowhere to go, they were never going to get better, and the market needed an alternative built with fresh thinking based on contemporary problems.

That is what we saw, and we set out to build Workday. We built native in the cloud to reduce cost and effort, embraced mobile platforms to extend reach, modeled the consumer Internet experience for ease of use, used true object models for agility, employed tagging rather than old-fashioned accounting codes for multi-dimensionality, embraced a Web-service architecture and integration approach for the new Web-centric world,  and combined transactions, governance, and analytics into a single offering to avoid the cost and complexity of bolted-on applications.  Not in 2005, nor after all this time, has the legacy software world embraced these approaches.

And now, nine years later, the value our customers receive from this new approach validates our original insight: that an alternative to legacy ERP software was a great idea. Our customers have forged ahead with alignment of finance and human resources data, resulting in better insights, processes, and support of their growth strategies.  And we see new drivers like Big Data and predictive analytics, and a future where we work smarter and more in the moment than ever before.