3 Big Reasons Why It’s Time for ERP to Change

Chano Fernandez explains how businesses have changed since the birth of ERP, and why traditional technology approaches to managing finance and HR no longer work. 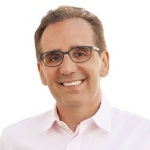 Enterprise Resource Planning. ERP. It’s a term that has been around for about 25 years, and that’s a long time in the technology industry. I’m not saying that’s a bad thing. In our world of marketing-led jargon and buzzwords, for a concept or an approach to have such longevity must mean that it worked. Indeed, it is a testament to the job ERP did in transforming the enterprise software landscape and becoming a market worth some $40B today.

Past success should not mean that something remains sacrosanct, though. It doesn’t mean that it cannot be challenged as the best way for companies to view their operations. We live, from a business perspective, in dynamic, changing times. I believe the time is right to think again about what ERP actually means to modern business and how some large macro factors are fundamentally changing the whole discussion around business applications.

1. The very fabric of global business has changed.

Given ERP’s roots, it’s no surprise that the rise of the digital/subscription economy has also placed pressure on this legacy technology. Remember that from the outset, ERP was focused more on the manufacture and distribution of goods rather than on the people in an organisation. In such a model, employees were often seen solely as labour and as a cost commodity that had to be minimised, while ERP concentrated on the fusion of inventory and finance. In today’s world, the largest value driver is no longer “things” but talent.

The past couple of decades have seen a shift in the world’s most developed countries towards a more services-based economy. Running alongside this, even companies that aren’t services-based have become more focused on their people as they look for new forms of innovation across the board.

If this primary purpose has changed, then it follows that the tools must change.

2. The demands of the business on individual departments have changed.

This leads us on to the way business leaders’ demands have changed when it comes to the functional departments within an organisation. CEOs want to be able to make data-driven decisions, faster than ever before. They expect departments, such as finance and HR, to act more quickly and to be more strategic partners to the business.

Traditional ERP systems weren’t built with the digital world in mind, and were only designed to capture a limited but important data set and process that information, largely on a transactional basis. There simply isn’t the functionality in these systems to capture and report the rich new data types and manage all of the external sources which feed in to create this bigger picture.

The response from legacy providers to this lack of capability was to bolt on and integrate new systems and then try to extract the data from each and combine it in separate reporting and analytics tools. The end result is a recipe for complexity, as an array of integrations, connections, and middleware are woven together into a patchwork architecture that is difficult and expensive to use, manage, change, and operate. Such systems can also be incredibly difficult and time-consuming to reconcile to find one version of the truth.

The emergence of cloud computing and low-cost data storage means organisations can deploy in-memory data structures, which allow them to both carry out transaction processing very quickly, and support the decision making needs of the business. All within one easy-to-use system, and all based on a single version of the truth.

This single version of the truth is also driving changes in the way finance and HR work with each other to deliver combined strategic value to the business. For instance, on the most basic level companies are able to move away from the old world of legacy enterprise software where finance and HR departments spend half of their meetings together “discussing” the different figures each had pulled from their respective part of the system, rather than looking at a single set of agreed-upon and consistent figures and moving immediately on to more strategic concerns.

3. The demands on the core business have changed.

Which brings us to the final piece of the jigsaw. If we think about the emergence of ERP, it charts one of the key technology moments in the Industrial Age. And that’s where the root of the problem lies—you can’t solve tomorrow’s problems with yesterday’s systems.

The speed of business has increased exponentially over the last 25 years and the demands on enterprise software to be faster, more flexible, and agile have become a non-negotiable for a modern, forward-thinking company. CEOs are demanding more from the business and looking for increasingly aggressive and innovative growth strategies. A system that, say, takes 4-6 months to get a new geographical office location fully operationalised versus one that can do the same in 30-60 minutes is a system that is stifling the innovation lifeblood of a company from within.

The C-level is demanding that the foundational technology of their organisation does not hold the company back through delays and complexity, but helps to drive it forward with flexibility and agility at speed.

These factors call for a redefinition of the processes, practices, and technologies that were the foundation blocks of “old business.” The age of traditional ERP systems is over. The rapidly changing demands of a talent-based economy require business systems designed for agility, designed to democratise decision-making, and designed for the way people need to work today.