Gaining Inspiration from Girls Who Code at Workday

Girls Who Code is a non-profit organization working to close the gender gap in technology. Workday SVP Lynn Christensen recaps this year's Summer Immersion Program for high school students at Workday, and shares her advice for girls considering careers in technology. 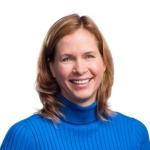 This summer, 20 high school girls joined us at Workday as part of the Girls Who Code Summer Immersion Program. When I saw what the girls accomplished in less than seven weeks, I literally got goosebumps. Their projects demonstrated an impressive level of self-awareness and social awareness, and the entire experience gives me a lot of hope about the next generation of software engineers.

Among the prototypes they developed: FitFriendz, an interactive web site that encourages kids to limit screen time and play outside, and Ups and Downs, a game that raises awareness about the stigma of failure. The girls wrote in their project plan for Ups and Downs, “In our society we place a great emphasis on success, but very rarely do we acknowledge failure as an important part of this journey.”

Securing more future engineers is an important goal of Girls Who Code, a non-profit organization working to close the gender gap in technology. This year, its Summer Immersion Program served 1,560 high school girls nationwide and included $1 million in educational scholarships.

“It has shown me if you ever have something you want to achieve, just go for it.”—Karla

At Workday, the girls participated in more than 300 hours of instruction in web development and design, robotics, and mobile development. We have the Workday Foundation to thank for ushering in and supporting the program, and the participation of employee-run groups including The Talented Tenth, Women @ Workday, and Workday Giving & Doing,  who mentored the girls and hosted workshops and speakers for them.

When I met with the girls at the program’s graduation ceremony, I told them if they choose to pursue an education in technology and work hard, they can write their own tickets to wonderful careers. Growing up in rural Minnesota, I knew nothing about careers in tech, and certainly didn’t get opportunities like Girls Who Code. It wasn’t until halfway through college that I switched my major from international business to computer programming, and it proved to be a seminal moment that utterly transformed my life. If I could go back and do everything over again I would absolutely make the same decision, as the opportunities I’ve been provided in tech are far beyond the wildest dreams of that girl back in Minnesota.

“Ten years ago the technologies were completely different and I can’t even imagine what it’s going to be like 10 years from now. I want to be there creating that technology.”—Mihira

That’s why programs like Girls Who Code are so valuable. These girls need working engineers as role models to help them understand how rewarding and fun it is to work in technology, and more importantly, we need them. There’s a huge shortfall of qualified people to fill engineering jobs, and women remain a significantly untapped talent pool. According to recent statistics, only 26 percent of computing jobs worldwide are currently held by women.  At Workday, we’re committed to closing this gap and are honored to be ranked #23 on Fortune’s “100 Best Workplaces for Women,” which just came out today, but we know there’s more to do to keep moving the tech industry toward a more diverse workforce.

As this year’s program came to an end, I did have some parting words for the girls who code: I told them to think about what they enjoyed doing most when they were 10, and why they enjoyed it.

As a girl I fell in love with the game of basketball, and I realize now what made it so special. Basketball was all about setting a goal and working hard towards it in very systematic, tactical ways. I learned that to have a winning team, not everyone needs to be (or should be) a superstar, yet each person should play to her strengths. It’s about coaching, bonding, and teamwork. All those things line up with what I love about leading applications development at Workday.

“If you asked me on day one of the Girls Who Code program, I would have probably said that I wouldn’t want to pursue a job in technology. But as of right now I think there’s a pretty good chance that I will.”—Tiffany

Throughout this blog I’ve included several quotes from interviews with the girls captured by our Workday Foundation team members. I hope you find them as inspiring as I do. It’s great to know programs like Girls Who Code are making a difference, by creating even wider awareness about the incredible opportunities available to those who pursue careers in technology.

Posted in:  Workday News and Culture
Belonging and Diversity Culture