The Gender Pay Gap: Working Without Pay for 94 Days 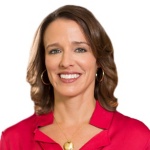 What if for the first 94 days of a new year, half of the population worked for free while the other half earned a salary?

You might be thinking that would never happen, but stop and consider why April 4 was chosen as Equal Pay Day by the National Committee on Pay Equity. This date symbolizes how far into this year women must work to catch up to what men earned last year—94 days.

Certainly, many organizations are very focused on this issue, with compensation plans in place to achieve or maintain gender pay parity. But across the globe, we still have a pretty big problem.

A comprehensive study last year by Glassdoor analyzed the salaries of 505,000 full-time U.S. employees, and found that on average men earned 24.1 percent higher base pay than women. Similar results were found in Australia, France, Germany, and the U.K. One of the biggest gender pay gaps—28.3 percent—was among computer programmers. The study also revealed that women are more likely to hold lower-paying jobs—for example, women make up only 26 percent of chief executives, but 71 percent of cashiers.

Given these numbers, and in order to truly drive change, companies need to come together to create industry standards for how to measure, and more importantly address, the gender wage gap. On an individual level, here are some specific steps companies can take within their organizations:

Showcase women in leadership roles. For women to set their sights on higher-paying roles, they need to see it to believe it. Imagine you’re an ambitious young woman interviewing at a firm, and you discover that all the C-level positions are held by men. Would you want to join? We all need to be able to see what’s possible, and the only way that can happen is when we see others like ourselves in positions we aspire to. Also, I believe that when women are well-represented on leadership teams, organizations are more likely to attract smart and talented women who recognize the business is less likely to have issues with conscious or unconscious gender biases.

Conduct a pay parity analysis at least once a year. The only way to know if there are pay parity issues within your company is to analyze your workforce data—at least once a year; maybe two or more times a year for fast-growing companies. You’ll be able to discover any concerning patterns, seek out the root cause, and then work as a team to address any issues. For the past year at Workday, we’ve been using a diversity dashboard that lets us regularly examine HR data to better understand gender parity and other diversity related goals. We compare things such as compensation, promotions, and job movement, and diversity rates by job level. We’re getting better at understanding this data all the time, and continue to drill down into more specifics.

Make a commitment in writing. Last December, Workday joined more than 100 other companies in signing the White House Equal Pay Pledge. Those who sign the pledge commit to conducting an annual companywide gender pay analysis, reviewing hiring and promotion processes to reduce unconscious bias and structural barriers, and embedding equal pay efforts into broader enterprise-wide initiatives. The Equal Pay Pledge is a great way for companies to put in writing how they will take specific steps, within a certain time frame, to truly deliver on their commitments to pay parity. Beyond the Equal Pay Pledge, you could also commit to a gender pay, hiring, and promotion review plan in other ways, such as in a letter from leadership to employees or on your careers site.

The Glassdoor study cites additional research noting that women with MBAs often shift into lower-paying positions to gain flexibility after they have children.

Support relationship building and mentoring. For many women, it’s peers who help build us up, mentor us, and show us what’s possible. Businesses can bolster these networks by supporting peer groups that meet during and/or after hours to build affinity and increase confidence, and should also make opportunities available to attend events outside of work. Last year, more than 70 women from Workday attended the Grace Hopper Celebration of Women in Computing in Houston, the world’s largest gathering of women technologists, and more than 110 from Workday are expected to attend this year.

Empower women to bring their full selves to work. Women are more likely to be the main caregivers in their families, whether that’s for young children or elderly parents. The Glassdoor study cites additional research noting that women with MBAs often shift into lower-paying positions to gain flexibility after they have children. Here’s where corporate culture plays an extremely critical role. All employees need to feel supported in their workplaces, and to know their value won’t diminish when they need to focus on personal needs, whether it’s to take a leave for something big like a new child, or even just knowing their teammates will cover for them at a meeting so they can attend to a sick relative.

The gender pay gap will not disappear overnight, but businesses should be taking these steps and others NOW to keep closing it. At Workday, we see all of our belonging and diversity efforts as an ongoing work in progress. Like many of you, we know there’s always more we can be doing.

So my challenge to companies across the globe is this—over the next 94 days, commit to finding more ways to close the gender pay gap. Depending on your company, this could be developing an initial plan to analyze workforce data, or looking at how to better support relationship-building opportunities, or enhancing and building on programs you already have in place.

Yes, the size of the gender pay gap problem can feel overwhelming. But if every business makes a contribution, we can help shrink that pay gap every year, and in our lifetimes we can make this a topic that our granddaughters will only read about in history books.

(This blog first appeared on the Glassdoor for Employers blog on March 30, 2017.)

Posted in:  Workday News and Culture
Belonging and Diversity Culture