Why Hard Lessons Are Often the Best Ones

Workday CFO Robynne Sisco shares lessons she's learned on her career path, including the importance of building a team based on trust. 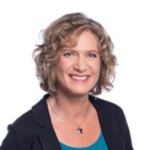 It’s been a little over a year since I became CFO—a role I have wanted and worked toward since graduating college. When I’m asked to reflect back on my career path and what led me to this point, there are a couple of experiences that really define how I approach problems, make decisions, and work with people.

Early in my career, I learned about the importance of building a team based on trust. I came to this realization after one of my managers quickly and harshly judged a decision I had made without asking me any questions or gathering all the facts. It was a difficult experience but it had a profound impact on how I view my role as a manager and address issues that may arise.

Trust and belief in your team are at the center of any strong corporate culture. As leaders, we invest time in finding and hiring people who we think are a strong cultural fit, and it is our job to start with the assumption that they’ll do their very best—and do good by the company. At the same time, issues do come up and we are sometimes faced with difficult situations. Not jumping to conclusions and gathering facts before taking action—whether it’s around a business problem or management issue—leads to making the best decisions and results in better outcomes.

I’ve learned that if you can be successful while being authentic, you’ve found the right place.

Another lesson I learned later in my career is the importance of being your authentic self at work. I was at a company where I had hoped to get promoted but discovered that moving into that position would require me to compromise my professional values. That sacrifice wasn’t worth it to me, and I decided to look for a company where I could be myself and be valued. Being willing to make job moves and find companies that offered the right cultural fit has opened doors for me, and I’ve learned that if you can be successful while being authentic, you’ve found the right place.

In that same vein, as a manager, it’s important to allow others to be their true selves, even when it feels uncomfortable. For example, when deciding who to hire for a role you’ve previously held, it may be hard to take a chance on someone who approaches the work differently or has a contrasting style. Be conscious of this, and thoughtful when determining whether someone is truly qualified for a position. If they won’t do the job exactly like you did, it doesn’t necessarily mean they’re not ready for it.

These were hard lessons, yet they’ve greatly influenced the way I lead my team and make decisions. As my dad likes to say, “You learn something from every experience. And sometimes what you learn is what not to do.” Here’s to all the valuable experiences, both good and bad, that have shaped us on our career paths.