Learn about The Talented Tenth, an employee group whose mission is to celebrate the accomplishments of blacks in technology, support Workday’s goals to hire diverse talent, and enlighten black communities about educations and careers in tech across the globe. 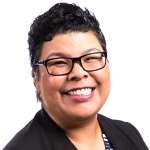 In 1903, the black scholar and activist W. E. B. Du Bois penned the essay “The Talented Tenth,” which argued that the top 10 percent of African Americans should be provided with a classical education so they could better lead and empower their communities. At the time, blacks were generally encouraged to pursue vocational training versus higher education.

Of course, in today’s world, the hope is that everyone has the opportunity to pursue a higher-level education. Yet Du Bois’ vision remains inspirational, and influenced an employee group here at Workday to call itself The Talented Tenth. The group’s mission is to celebrate the accomplishments of blacks in technology, support Workday’s goals to hire diverse talent, and enlighten black communities about educations and careers in tech.

The Talented Tenth recognizes the importance of this work: According to a recent study, while African Americans make up 12 percent of the U.S. population, they account for only eight percent of general engineering majors, seven percent of mathematics majors, and five percent of computer engineering majors—three of the fastest growing and highest paying career tracks.

Since it was formed in 2015, The Talented Tenth has grown to encompass several hundred Workday employees from offices around the world who participate in community empowerment and outreach projects, in addition to other activities that connect Workday with the black community.

Recently, I was proud to join members of The Talented Tenth at the National Society of Black Engineers (NSBE) Annual Convention, one of the largest gatherings of black STEM talent across the U.S. The convention’s theme this year was “Engineering Your Foundation,” and it supports NSBE’s commitment to increase the number of black recipients of bachelor’s degrees in engineering in the U.S. from 3,620 to 10,000 by 2025. While at the convention, I was able to speak with many attendees about my experience working at an enterprise software company, and the importance of having a workforce comprised of top diverse talent.

Posted in:  Workday News and Culture