Three Strategies to Help Your Midsize Company Grow, Part One

When it comes to job creation, innovation, and economic growth, middle-market companies are the true workhorses. Yet many have greater aspirations—what does it take to reach the next level of success? In part one of a three-part blog series, we examine how midsize companies can improve operational efficiency to support scale and growth. 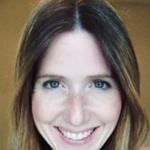 Large corporations often grab headlines. But when it comes to job creation, innovation, and economic growth, the true workhorses of the world are middle-market companies.

In the United States, there are nearly 200,000 mid-market businesses, according to the National Center for the Middle Market (NCMM). These businesses, which the NCMM defines as having revenues between $10 million and $1 billion, represent one-third of the private sector GDP.

“The United States is experiencing the third-longest period of interrupted growth in its economic history, and this has been led by mid-market companies,” says Thomas Stewart, NCMM’s executive director.

In Europe, the mid-market makes up a small percentage of total companies (ranging from a low of 1.2 percent in Germany to 1.7 percent in France), yet generates about one-third of private sector revenue and employs about one-third of each country’s workforce, according to a report by ESSEC Business School and GE Capital.

If you’re helping lead a mid-market company (or a smaller company hoping to become one), this data demonstrates not only the significant value your sector contributes to the global economy but the tremendous opportunities that lie ahead for continued growth.

What will it take for your organization to reach its next level of success, whether that’s achieving financial goals, geographic expansion, or moving beyond the mid-market to join the big leagues?

The answer lies within three critical areas: how efficiently your company operates, how quickly you can adapt to change, and how successfully you recruit and retain talent.

In this three-part blog series, we’ll take a closer look at each of these areas, what the challenges are, and steps successful midsize companies have taken to address them.

One of the mid-market’s biggest growth challenges is complexity around administrative tasks and back-office functions, such as payroll and accounts payable.

Oftentimes, the problem is not having the right systems in place (or any real systems at all, causing these companies to rely on manual processes). As a result, employees end up creating and developing processes that utilize spreadsheets and other applications across many disconnected systems, which introduces the risk of data inconsistencies and errors.

“Increasing administrative work and manual processes are big issues for the mid-market,” said Greg Bloom, regional vice president at consulting firm Mercer and head of enterprise technology deployments for the mid-market. He emphasizes that in order to stay competitive and sustain growth, companies must become “more efficient and effective across people, process, and technology.”

“Mid-market companies can wrestle with the ability to scale,” says the NCMM’s Stewart. “Paperwork is a nuisance in the mid-market, and they are struggling with managing multiple information systems as they grow.”

These administrative burdens also drain resources in finance and human resources, taking away employees’ time from more strategic activities, such as data analysis and business partnership.

“To support mid-market company scale and growth, whether it’s organic, M&A, or an IPO, finance and human resources teams should be focused on more strategic activities versus manual work,” says Bloom.

BlaBlaCar, the world’s leading long-distance ridesharing service headquartered in Paris, was challenged by increasing complexity and administrative work as it expanded globally. Too much time was spent on manual, time-consuming processes such as extracting and reconciling data from multiple systems.

BlaBlaCar needed a standard set of financial processes across many regions and the ability to add new entities quickly.

CustomInk faced a similar problem. The company, which offers customers the ability to design their own T-shirts, caps, and water bottles was growing quickly, but its systems were holding it back.

“We were using a dozen different systems throughout finance and team development, and had reached a point where they could no longer support future objectives,” says Kaylan McDuff, assistant controller of subsidiaries at CustomInk. “Business processes such as payroll and accounts payable were time-consuming—requiring a lot of manual effort and workarounds—draining our people of time and energy that could be used on more value-add projects.”

Technological advances are now enabling midsize organizations to automate many of these burdensome processes. Enterprise applications that leverage in-memory computing, have built-in business process frameworks to improve efficiency and scalability, and are delivered in the cloud are especially suited to this task.

Begin by taking steps to identify inefficient processes, and then explore how technology can help streamline those processes and better enable the organization to scale.

By bringing finance, HR, payroll, analytics, and planning into a single system, these applications enable organizations to standardize and automate processes across an organization and create a single source of truth for data.

While more sophisticated technologies may have seemed out of reach in the past for many midsize companies, such systems are now more accessible to the middle market, and they are faster and easier to deploy than legacy systems.

Here are three functions where automated processes can significantly impact a business’s ability to grow:

As CustomInk grew, managing payroll became increasingly burdensome, requiring a lot of manual effort and paper shuffling. So it invested in a single cloud-based system for finance and human resources that would streamline processes and create greater efficiencies. “Having finance, human resources, payroll, expenses, and time tracking all in one system has streamlined our processes and we are able to get payroll done in three hours versus three days,” says McDuff. “Even better, our team is much happier and able to focus on more strategic and rewarding work.”

Moving to a cloud-based financial application enabled BlaBlaCar to standardize financial processes and improve decision-making. As an innovative organization expanding rapidly into new markets, it needed a standard set of financial processes across many regions and the ability to add new entities quickly. BlaBlaCar now has a single source of financial data that key stakeholders can access in real time, enabling them to make critical, in-the-moment decisions regarding the organization’s future.

CustomInk also improved the financial close process with its cloud-based financial system. “When I started at CustomInk in 2010, I was tasked with trimming the financial close process from 25 to 30 days down to five to seven days,” says McDuff. “I was able to do it but knew we could not maintain this with our existing systems and expected growth plans. With a cloud-based financial system, we’ve been able to easily maintain the five-day close.”

Elekta, a rapidly growing multinational company headquartered in Stockholm and a pioneer in the treatment of cancer and brain disorders, previously used a number of different HR systems that made simple tasks very challenging. “Even confirming the basics, such as how many employees we have, was difficult,” says Raymond L’homme, global HR business application manager.

To support its growth plans, the company replaced more than 20 disparate systems with a single cloud-based human capital management system, which unified processes across the company. “The biggest advantage is one system, which is huge for our global managers,” says L’homme. “We have the same processes, the same look and feel. If we want to increase salaries, it’s the same process in China as it is in Sweden.”

By embracing automation, all three of these companies have taken important steps toward continued growth. “Increased efficiencies allow mid-market companies to better compete, execute on new and emerging opportunities, and focus on more strategic initiatives linked to their CEO agenda and corporate strategy,” says Bloom.

Midsize organizations can begin by taking steps to identify inefficient processes that have created barriers to growth, and then explore how technology can help streamline those processes and better enable the organization to scale.

“Mid-market companies should ask themselves: Do I have the systems and structures in place to support growth?” says Stewart. “It’s important they are building in the capabilities to manage and expand their business.”

This should be done sooner rather than later. “Often mid-market companies have the ability to streamline and standardize processes early in their growth cycle, which can be much more difficult for large organizations to accomplish,” says Bloom. “Mid-market companies can gain real cost savings and efficiencies from accomplishing this.”

Check out part two of this series to learn how to help your midsize company adapt to change as part of its growth strategy.