Bob Myers, general manager of the Golden State Warriors, joined us at Workday Rising to talk about his experiences building a winning team, how he defines culture, and what it takes to lead through both successes and challenges. 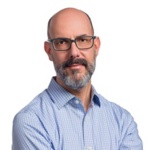 When Golden State Warriors General Manager Bob Myers arrived at UCLA as a freshman, he never imagined playing basketball. In fact, he planned to join crew—until he ran into Assistant Basketball Coach Steve Lavin, who suggested Myers try out for the team.

Myers has never been one to turn down a challenge. He went on to play for the UCLA Bruins and was a member of the 1995 NCAA championship team. After college he was a sports marketing agent for 14 years, and in 2011 joined the Warriors as assistant general manager. A year later, after a promotion to general manager, he built the team that led the Warriors to win three NBA championships in four years and has twice been named NBA Executive of the Year.

We were excited to have Myers join us at Workday Rising to talk about his experiences building a winning team, how he defines culture, and what it takes to lead through both successes and challenges. Below are highlights from his talk and a conversation I had with him afterward.

What have you learned is most important in building a winning team?

It’s about finding great leaders, which is hard; not just in the NBA, but in any organization. I was fortunate to inherit a guy like (player) Stephen Curry, who exhibits great humility, talent, and teamwork.

For our team, I imagine what someone will be like at their worst, not their best. Because in the NBA, or in a company, your character, good and bad, will reveal itself. If I can have a sense of that and be okay with it, that’s what I’m looking for.

You’ve shared that it’s harder to sustain success than it is to achieve it. How do you lead once you’ve achieved success?

I heard one of the San Francisco Giants executives say that a team is like a living organism. It needs to be touched every day, watered, and fed. That’s very relevant in what we do. It’s our responsibility to build a place where people feel cared about at work beyond their job. Where it’s not just a slogan on the wall. It’s having leaders in place that are motivational and inspiring to people. It’s also about connecting with people in an authentic way, which includes having hard conversations.

How do you approach those hard conversations?

Most of us are bred from a place where when we have a negative interaction, or we need to have a difficult conversation, we distance ourselves or avoid that person. Instead, we need to look at someone and be willing to say, “Something is not right between us. What did I do, what’s going on?,” and be willing to hear it, have that dialogue, and move forward.

I’m kind of the hub of the wheel in our organization, which allows me to see when things are beginning to fracture and correct it. And that’s where the real work comes in—being intuitive enough to notice and say, “Hang on. That person, there’s something going on with them.” If you do those things right, I think you can get to something special.

You said that in the NBA, everybody knows each other, and that building relationships is important. What is key to creating successful relationships in your organization?

In this business—and all businesses—you need relationships. Connecting with people, managing people—it’s imperfect. We’re all kind of screwed up. It’s acknowledging that and being vulnerable. When you’re talking to a player about their life or decisions you’ve got to make, you (have to be) authentic. People want to connect to somebody who is authentic.

In 2015 the Warriors’ new coach, Steve Kerr, asked Andre Iguodala to give up his position in the starting line-up and come off the bench. You shared this story as a strong example of culture. What was most powerful about it for you?

All year long, he came off the bench, and he accepted it. Not only that, he didn’t bemoan it at all. Then he was asked by Kerr to start in Game 4 of the 2015 NBA finals, and the Warriors go on to win the championship. Iguodala ends up winning the Finals’ MVP. His willingness to do what was right for the team, to do his job, to step up when needed—that’s culture.

Sports has been revolutionized by the use of data. How do you balance using data and your intuition when leading and making decisions?

You have to be careful. Data can support your decisions—and sometimes even make them—but you have to be able to see things the data doesn’t. For example, if I saw that one of our players shot five or 10 percent worse in the playoffs than he did in regular season, I can’t immediately say he’s the worst shooter in the playoffs. Maybe he had two guys on him, maybe he’s only getting two shots, or maybe there is something going on with the guy’s family. If you just rely entirely on a piece of data, you’re missing it. It can be a factor, as are all of those things, so plug it in.