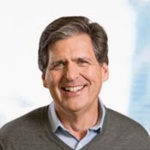 The business and geopolitical environments are evolving more quickly than ever before. As a company, we know how important it is that we have the right talent and knowledge in place to not just navigate, but innovate to the benefit of our customers in this fast-paced and ever-changing world.

As Workday continues to expand globally, explore opportunities to innovate in new areas, and remain committed to our data privacy principles, it’s important we invest in corporate affairs and our legal organization, which is why I’m both honored and excited to share that I’ve taken on the role of executive vice president, Corporate Affairs. I am equally pleased to announce that Rich Sauer has joined the Workday legal team as executive vice president, general counsel (GC), and corporate secretary.

Rich, who joins us from Microsoft, is an excellent addition to the Workday culture. The experience he brings from his 20-plus-year career has given him a deep understanding of the enterprise cloud industry, and his experience across cultures and geographies gives him a truly global, big picture perspective. To ensure our entire community has a chance to “virtually” meet the newest addition to our team, Rich and I recently sat down to chat about his background and thoughts on how the industry has evolved.

Can you give us a quick overview of what your career looked like prior to Workday?

I started my legal career in Washington, D.C., and joined a big law firm right out of school. There, I began working with Microsoft, and shortly thereafter took the opportunity to join the company’s in-house litigation group at Microsoft headquarters in Redmond.

In 2004, I had the opportunity to do something completely different: lead a regional legal and government affairs team for Microsoft, based in Singapore. At that point, my wife Lisa and I weren’t seeking any major change but quickly realized that this was a once-in-a-lifetime opportunity. It was an amazing five years covering an enormous span of geographies.

I then returned to the U.S. to lead the company’s regulatory affairs at a time when cloud computing was somewhat nascent. We were charged with navigating a complex regulatory landscape, a task that played a crucial role in the launch of Microsoft’s cloud services.

I then spent eight years supporting the global sales and marketing organization at Microsoft, leading a global team of approximately 450 legal and government affairs professionals. It was an unforgettable experience, which played a major role in shaping my philosophy and approach to leadership and people management.

The last chapter of my Microsoft tenure was a shift from a field/customer-facing role into an engineering-focused role, providing legal support for Microsoft’s AI and research division. I spent much of my time focused on operationalizing the principles intended to guide Microsoft’s ethical and responsible development and deployment of AI.

GCs play an influential role in an organization. Can you shed light on the importance of the GC role?

Gone are the days when the legal function has an arms-length relationship with the business, and where risk mitigation is the GC’s only concern. Compliance, risk mitigation, integrity, and standards of business conduct are vital parts of the job. But, it’s equally important for the GC and the legal department to feel a shared accountability for the overall success of the business, including driving revenue growth, growing market share, and fostering innovation. Particularly in the business of cloud computing, where the sales and legal issues are essentially the same—such as privacy and security—it’s critical for the legal team to be deeply integrated with the business and working in close partnership to win customer trust.

What are the attributes of a great legal department?

The attributes of a great legal department are not much different than the attributes of any great team. First and foremost, the legal department needs to be built on a foundation of trust. Trust within the team, and between the legal department and our clients, is essentially the grease that makes the gears turn more efficiently and effectively—information flows more freely, hard discussions are easier to have, and candor and openness are the norm, not the exception. All of this makes for a more positive, energizing, and motivating environment where everyone can do their best work.

Second, I think great legal departments are more than just great counselors and advisors on the intricacies of the law, but a source within the company of bold and innovative ideas that advance the organization’s objectives, take things in a new direction, or offer ways to do things differently with greater impact.

A great legal department is also one that gets things done, that can move from ideation to execution, and drive projects across the finish line in a relatively straight line. And finally, a great legal department knows how to have fun—an attribute that I know aligns perfectly with one of Workday’s core values.

Okay, speaking of fun, what’s one fun fact about you?

I never expected to be a lawyer, and certainly never a GC working for a company of this caliber. I ended up in law school almost by accident after serving for two years for an Ohio congressional representative in his Columbus office helping constituents who were struggling to navigate their way through the federal government’s processes.

After two years, I started asking myself: What’s next? I chose to go to law school given the versatility of the degree and wound up choosing American University in Washington, D.C. It was a crazy period in my life, working full-time during the day as a legislative aide and spending my nights and weekends in law school classes or at the law library studying, but I wouldn’t change any of it!