Analytics and Insights Customers and Community

The director of accounting at Shelter Insurance shares his experience of deploying Workday HCM, including benefits they're already seeing from having financials and HR in one system. 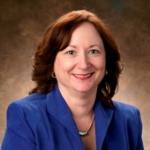 When Shelter Insurance joined us as a Workday customer five years ago, Mark Stinson, director of accounting at Shelter, shared his story about the company’s deployment of Workday Financial Management in this blog series. So when Shelter Insurance went on to deploy Workday Human Capital Management (HCM) and Workday Prism Analytics we were thrilled, knowing they would gain even greater value from Workday.

With more than 1,300 licensed agents, Columbia, Mo.-based Shelter Insurance provides home, life, auto, and business insurance to customers in 21 states. I recently caught up with Stinson to learn the latest about the company’s Workday deployments. In part one of this two-part series, Stinson shares the experience with Workday HCM, including some benefits Shelter Insurance is already seeing from having financials and HR in one system.

You deployed Workday Financial Management in 2014. Why did you select Workday HCM?

We never had an HR system. We had a payroll system, and a lot of the information that we fed to payroll came from paper forms, so it was not the best process. We knew that Workday had best-in-class HR software, and we wanted to enhance our payroll system to incorporate more HR tasks.

Initially, we tied HCM, recruiting, and compensation together for employee onboarding. Two months later we went live with absence, time tracking, and payroll. Now it’s been more than two years as a full platform.

Can you share an example of HR processes prior to your Workday deployment, and how those are now processed today?

Yes. Before, if you wanted to take vacation, there was a piece of paper for it. Changes to benefits, addresses for payroll, salary—they were all paper, administered at different times throughout the year.

Raises occurred on your anniversary date, and that was a paper form, too. Supervisors tracked anniversary dates for their employees and then routed these forms everywhere. Payroll then received a piece of paper with six signatures on it and had to enter it by hand. If they miskeyed it, it wouldn’t reflect what was actually approved, which was a big problem.

With Workday we went to an automated merit process. Now the system calculates merit raises based on performance, and it prorates you if you had a pay action during the year. In the past, our management team—some of our highest-level team members—were constantly chasing down paperwork. We’ve had tremendous progress in this area.

With both financials and HR in one system, are you gaining more insights?

We get much more insight into the data. For example, we built reports for our 200 budget managers, each of whom oversees a cost center. They can see what they’ve spent in their cost center by account and spend category, and they can drill into the details.

In comparison, our old system was a mainframe system that required Access queries to get to the various databases. Our financials were on another third-party tool, so we spent a lot of time going back and forth between systems and accounts. Today, we can perform a lot of analysis ourselves with a series of clicks, as opposed to going into 14 different systems, running reports, and getting numbers.

“I can say with 100 percent confidence that we’re more efficient today than we ever have been.”—Mark Stinson, director of accounting, Shelter Insurance

How are you using Workday HCM to improve your recruiting and retention?

For the analytics side of our employment, we want to continue to dig in with the data and provide our management with additional insights. For example, why do people leave? Are there patterns or trends? What’s our turnover on our highest-rated jobs? We recently completed a review and streamlining of our recruiting process to provide hiring managers with the best information and user experience in the future.

Do you have advice for other organizations that might need to change processes for a new system?

My suggestion is to examine your processes anytime you deploy a new system. Look at the tool’s capabilities to provide information about the best path forward. What you find is extremely useful as you guide the creation of your new process.

With our old system, we had limited reporting. If you didn’t get the form to sign, you didn’t know something was happening. Now with Workday, we all know that the process is auditable and reportable. If the president wants to see all the highest-rated employees who had a pay raise last month, we can give him that data in an instant.  And there are different ways to get that information to him—such as a dashboard—versus having the transaction route through his inbox for a signature approval.

You made business decisions before with limited information. Are you making different decisions because of Workday HCM?

A lot of the data we’re providing now we provided before; the difference is that there’s a lot more detail behind it now. We are better and quicker at getting and distributing the numbers. There’s also a higher level of accuracy; now we can manage, find, and fix data quickly, before we get too far down the road.

I can say with 100 percent confidence that we’re more efficient today than we ever have been. And we’re incorporating other tools, like Workday Prism Analytics, to help drive better business decisions. We’re getting to that tipping point where we have superior access to data.

In part two of this blog series, Mark Stinson shares how his team is using Workday Prism Analytics to increase efficiencies, layer in data, and gain insights into Shelter’s workforce and financials.