A Candid Conversation About Equality, Workplace Diversity, and Committing to Change

There’s been a major shift in boardrooms lately: The topics of social justice and equality have dominated the discussion, said Michael C. Bush, CEO of Great Place to Work and a Workday board member.

Bush had joined Workday Co-Founder and CEO, Aneel Bhusri, and Workday Chief People Officer, Ashley Goldsmith, for the June 17 webinar, “Coming Together on the Path to Equality.”

After speaking with about 150 CEOs recently, Bush shared that all wanted to discuss how to lead during a time when so many employees are struggling with their mental well-being—a challenge that started with COVID-19 and intensified following the recent acts of violence committed against members of the Black community in the United States.

“CEOs want to help their people. And they know that by helping their people, they're going to make sure their organization is fulfilling its purpose in society,” he said.

In conversations with other HR leaders, Goldsmith said there’s a sense of urgency to ensure that everyone within their companies feels a sense of belonging, and to accelerate efforts to make their workforces more diverse. “CHROs are saying they’re not willing to tolerate the status quo any longer—they’re willing to take bold moves that are going to move us to a future that’s different from the present.”

In his opening remarks, Bhusri said Workday will always stand for what is right—inclusion, equality, and justice. “At times like this we feel it’s especially important to talk,” Bhusri said. “And as we all know, 2020 has been a truly unprecedented year. As leaders in business, we have a responsibility to use business influence as a force for change and a force for good.”

The panelists shared their ideas and suggestions on how to do that, with a focus on three areas: Start conversations across your organization, listen and learn from others, and take steps to drive measurable change.

It may not come naturally for business leaders to spark conversations about how people are feeling. Yet in order to help one another heal and find ways to drive change, that has to happen. “That’s where it begins—us communicating with each other—human to human,” said Bush.

In a recent blog, Bush shared how the video of George Floyd’s death impacted him personally and as a Black parent. He noted many people have experienced sadness, anxiousness, anger, frustration, and helplessness due to the pandemic, and those feelings intensified after the video emerged.

“All these feelings created something different—the need to start having conversations and connect with people, and not talk about deliverables, not whether they’re going to release a product on time, but instead, what was going on in their households,” said Bush.

One way business leaders are starting those conversations is to bring their workforces together in online town halls. Yet it’s critical that town halls don’t become one-way conversations where executives do most of the talking. Instead, invite others to speak candidly and share their perspectives, such as representatives of employee resource groups. “Those groups have a voice and have become a key source of support within a company,” Bush said.

A town hall where difficult topics are discussed with candor can be uncomfortable and involve people saying things imperfectly, including leaders. But that’s OK, according to Bush. “You've got to be a real person now, because these are things that real people are going through,” he said. “Saying something imperfectly is better than saying nothing at all. If you have a high-trust culture, people will certainly accept that. And if you don't have a high-trust culture, this is the beginning—being a real person.”

Goldsmith agreed. “Talking about race is something I think most of us feel is not the most comfortable discussion, and leaders are not exempt from that. But we have to have these conversations; our people need to see us trying even if we’re not perfect. So let’s get comfortable with being uncomfortable.”

“What I heard from a lot of our Black employees is they’re not OK right now. They’re going through a lot of pain. And in the workplace, many times they feel alone,” Bhusri said.  “First and foremost, you have to listen with an open heart and open mind.”

“Great organizations hold leaders accountable. That's part of being a great place to work for all.” 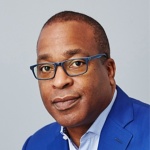 What’s the most valuable part of these conversations? It’s constant, continuous listening and learning. “I think it's really important to keep listening, and that'll be a journey. It's not just in this heat of the moment,” said Goldsmith. “We need to make sure we have channels to keep listening.”

Goldsmith said she was encouraged that more than two-thirds of the Workday workforce participated in the June 5 town hall, and many of our Workmates continue to share learning and resources on our company’s Diversity channel on Slack every day.

“This groundswell of support across the company just feels really different than at other times in the past, and I think we have the opportunity to use that momentum and turn intentions into outcomes,” she said.

Listening takes more effort than people realize. “It sounds obvious, but it's something that humans don't do very well,” Bush said. Rather, it’s human nature to focus on only those things we hear that support our own point of view.  And, when the discussion is about race, people can be even worse listeners, and assume they understand everything there is to know. That’s simply not true, said Bush.

“I think we all need to believe we have something to learn about racism. We have to be open-minded,” he said. As a starting point, he encouraged webinar attendees to read “White Fragility,” the 2018 book by Robin DiAngelo that’s gained a resurgence of popularity in recent weeks.

So what does taking action look like? The first step is to acknowledge that much more needs to be done to build more diverse workforces, listen more closely to how people are feeling, and create a sense of belonging for every member of the workforce.

Among HR leaders, “There’s this open, honest acknowledgement that none of us are where we should be,” Goldsmith said. “That awareness may not be new, but the transparency about it—this willingness to talk with raw candor—that's different. And I think this is really important because if we can't admit our shortcomings, we certainly aren't going to take the necessary steps to change it.”

Bhusri said there “has to be a commitment to lasting change, not the quick fix that sometimes dominates our business environment and our personal environment. This is a long fix.” He mentioned steps Workday has already taken, including the company’s commitment of $10 million toward social justice causes; a recently formed team at Workday to help us accelerate our efforts to build a more diverse workforce (while nearly 45% of Workday’s global workforce of 12,400 people is represented by non-white minorities, Blacks represent less than 3% of the workforce); making Juneteenth an annual company holiday; and more town halls on the topic of belonging and diversity. In the coming weeks, we’ll have more concrete actions to share about how we’re tackling hiring practices, training, and more.

“I’m proud of some of the work we’ve done, but I know for a fact it’s not enough,” added Goldsmith. “Our outcomes are just not matching our intentions, and it does mean we have to do things differently. We don’t have all the answers yet and that’s OK—we’re listening and we’re committed to taking action.”

Bush had this final point for business leaders: “If you're making commitments, know people are listening. They're paying attention to what you're saying, so don't be cavalier or caught up in the emotional moment,” he said. “Great organizations hold leaders accountable. That's part of being a great place to work for all.”

Watch the full webinar with Aneel Bhusri, Michael C. Bush, and Ashley Goldsmith, "Coming Together on the Path to Equality."