How 2020 Employee Comments Evolved in the Wake of COVID-19

Our survey findings reveal how employee comments shifted during the first part of 2020 when the pandemic hit, and what that suggests about their engagement. 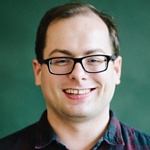 When COVID-19 first started appearing in news bulletins in late 2019, its significance was difficult to comprehend. Little did we understand then that just a few months later this unseen threat would come to touch every corner of our lives, and dominate the pages of every newspaper, broadcast, and social media channel worldwide.

It was around February 2020 that COVID-19 or coronavirus became a global household name, and a hot topic of conversation in workplaces. Talk, however, was not confined to water-cooler chat between colleagues. As concern mounted, the virus started cropping up in confidential employee comments.

The very first employee comment about coronavirus landed in the Workday Peakon Employee Voice database on January 27th, 2020. The comment came from China, where the virus hit first, and where it was already impacting the lives of its citizens nationwide.

From then onwards, comments started to trickle in from all over the world, until the start of March, when the number of coronavirus-related comments surged. In the first two weeks of the month, and as the World Health Organization declared a pandemic, we encountered a 106% rise in the proportion of comments relating to coronavirus globally.

The curve steepened further still in the third week of March, when the proportion of COVID-19 comments increased ten-fold. By March 18th, 1.5% of all daily comments were related to coronavirus.

Because as the world woke up to the social and economic implications of this pandemic, employees globally turned to their employers and leaders for advice on what to do.

The number of comments coming in at the end of March—at a rate of around 300 a day—betrays a desire among employees for organizations to take action, or to give clarity on what lies ahead.

Workday Peakon Employee Voice comments have become a channel through which employees are expressing their views and concerns about this crisis, leaving their feedback on what should be done next, and even giving thanks for action already taken. While we never disclose the content of comments, we can reveal that the vast majority of them are of negative sentiment—accompanied by a low numerical score.

Employees are taking the opportunity to talk about the virus in response to most of the questions on their surveys, with the most frequently occurring words including: corona, covid, virus, pandemic, situation, office, manage, response, crisis, impact, health, communication, WFH, family, hand gel, and travel. This gives us an insight into the most pressing employee concerns.

Tracking COVID-19 Around the Globe

The inflow of employee comments on this topic generally tracked the spread of the virus around the world. While the comments originated in the east, the inflow soon shifted towards the west—growing exponentially in European countries after the first cases were confirmed. For example, we started to see a far greater flow of comments from the UK and U.S. as of March 1st, when the reality started to hit home in these two countries.

In the UK, between the first week of March and the second we noticed a 156% jump in the proportion of coronavirus-related comments. By the third week of this month, as the severity of the situation became all too apparent, the difference grew to a striking 900%.

Similar can be said of the U.S., where there was a 145% week-on-week rise at the start of March. By the third week of March, after the stock market suffered its worst day since 1987, the proportion of comments in the U.S. was 1200% higher.

What Does This Mean for Employers?

As we know from our Employee Voice Report, employees are twice as likely to leave comments in their feedback surveys when they are troubled about something. And employees worldwide are, understandably, worried about COVID-19 and what it means for them professionally and personally.

As the data here suggests, once a situation is in hand, or action has been taken (in this case by both governments and employers), workers feel less compelled to speak out. So it’s positive to also see a far higher than average manager response to the coronavirus-related comments, as well as higher acknowledgement of them—7% and 15% respectively. This is a simple way of letting your workforce know that they have been heard, and their feedback is valued.

Employees clearly expect their employers to communicate clearly and take decisive action. How organizations react will make or break the trust their workers have in them for the long run. As we continue to manage the repurcussions of this global pandemic, that trust will be essential.