How to Be an Ally and Elevate Marginalized People

Activists from Black and LGBTQ+ communities offer their guidance on how to be a true ally both within and outside the workplace, which includes advocacy and amplifying voices that often go unheard.

As a society, it’s our responsibility to support members of our marginalized communities and cultivate a sense of belonging, both within and outside the workplace. How can we, as individuals, become allies and help drive real change?

Maddie Reardon, a technical writer at Workday and the chapter lead for our Bay Area Pride Employee Belonging Council, asked those questions and more to panelists in a recent webinar for Workday employees. The discussion mostly centered around challenges facing the Black community and the LGBTQ+ community, and panelists included:

We greatly appreciate the panelists’ willingness to participate in the webinar, and wanted to share their ideas with a broader audience. Below you’ll find some highlights from the conversation, edited for clarity.

Maddie Reardon: Let’s start with the issue of systemic racism, which isn’t new, but has been in the media a lot lately. I imagine that’s extremely overwhelming and traumatizing for our Black community. And, the responsibility of addressing and abolishing systemic racism is obviously in the hands of those who aren’t Black. So I think it’s important for all of us to take that burden off of the shoulders of Black people, and to take action. With that, what kind of qualities or actions define an effective ally?

Kin Folkz: We started the Racism Under the Rainbow Forum because we found that in non-white circles, we were just speaking to each other. We felt it was really important to bring white-identified folks into the conversation. And immediately, we noticed some people wanted to do the work without actually asking us the questions around, "Well, what is the work?" So we had to start reading together and learn more about how allyship begins with the people who are asking for the support, and not the other way around.

Then we went so far as to understand that some people have developed such a keen understanding of allyship they are moved into the space of “accomplicehood.” What’s the difference? Here’s an example: We have a project at the Queer Healing Arts Center to support the mental and spiritual wellness of youth activists. An ally would typically say to me, "Oh, that's great. So you need some financial support. What is this for, and what can we expect from it?" An accomplice, on the other hand, will say, "When do you need [the financial support]?" And that's it—when do you need it?

So there's a different level of trust; I would say allies offer support if we have some very specific asks, and accomplices are on another level altogether that already assumes we are sentient beings and have fought through many, many centuries on what our needs are.

Payton Head: I would echo everything Kin said and thought that was beautifully put. I think one word that really ties that together is intentionality. I think you have to continue to be intentional in whatever role that you're in—the questions you ask, the work you do, how you serve as opposed to the idea of simply helping. Just be intentional every single step of the way, and understand you're going to mess up. Newsflash: we all mess up in some kind of way. But that intention is really powerful.

“No one has to do everything, but every last one of you can do something.” 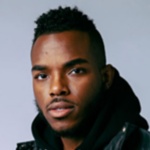 Reardon: Adding on to that, how can those who aren’t Black leverage their position of privilege to lift Black voices up rather than talk over them?

Head: The keyword is elevate. Some people think they need to speak for others, but you can elevate those voices. Continue to amplify the voices of organizers and continue to educate yourself by reading. If reading’s not for you, you can listen to podcasts. Understand the role of protest, and that when we protest, we are literally putting our bodies on the line.

No one has to do everything, but every last one of you can do something. Find your something and continue to amplify and elevate the voices of those who have been doing this work for so long, because many of us who are on this call right now, we stand on the shoulders of so many people who have come before us. The colleges and universities I work with are looking at demands students have been making of these institutions since 1968 and using the same list. So understand that nothing is new.

Reardon: Let’s shift for a moment and talk about how folks can work towards allyship in the workplace in the LGBTQ+ community. What advice do you have?

AC Dumlao: I do a lot of trainings on best practices for trans and non-binary folks in the workplace. I think a big thing is: If you’re a cisgender heterosexual person, or even a cisgender LGBQ person, you should realize that if your place of work isn't already inclusive of transgender people, it's behind the times. And I think the view of many companies is to be reactive rather than proactive. They say: "We have to address this when a trans client starts working with us or we have a new trans employee." The reality is that you have to make the workplace inclusive now because very likely, there are people already there who either are transgender and non-binary, or maybe questioning or navigating their gender identity, or have partners, family members, loved ones, or friends who are transgender.

Also, read and do the research before you ask your marginalized friend to explain something to you. All of us on this call have agreed to be educators and activists and advocates, but not every person of a marginalized identity is prepared to do that, nor should they have to.

Folkz: I am differently-abled. I have lupus. It affects my kidneys and all of my major joints, and I am in and out of the hospital at times. Some of us have visible disabilities and some of us have more hidden disabilities. And we ask for some basic things as differently-abled beings—ramps, et cetera. Now everyone is starting to think about accessibility; it's a beautiful time for those of us who have been asking for it a long time.

I’m asking people to extend that sensitivity. Think about barriers that exist in the workplace that might make it difficult for someone who is trans-identified to be a decision-maker, when the issue of whether or not they can feel comfortable using the bathroom at the workplace hasn’t been addressed. So just using this power to intuit and feel and put ourselves in a different scenario in terms of accessibility, let's turn that on in other ways.

“Read and do the research before you ask your marginalized friend to explain something to you.” 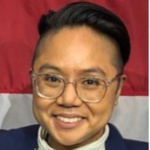 Kilani Louis: It’s astonishing to see the number of government facilities that still don’t have an all-gender restroom, or that have forms for people to fill out with only binary options. You can’t put a Pride flag in your window and suddenly—boom—you’re an ally. It has to be institutional, and it has to be within the infrastructure.

Reardon: Allyship and amplifying voices are great solutions for both the Black and LGBTQ+ communities. What are some other things we can do to support one another in the workplace?

Joi Donaldson: I come from a lineage of community activism and community work. My dad was an organizer when he was still alive, so it came naturally for me to go into those footsteps. And I really became radicalized in that space after the assassination of Trayvon Martin, and began to see it in its full force with Philando Castile.

I have an 11-year-old daughter and she's been marching with me since she was four years old. And when [the deaths of] George Floyd, Tony McDade, and Breonna Taylor all happened in the same time frame, I was numb. I am the only Black woman that works full-time at my company, and I believe we need to protect the ability for people to come forward and say, "I'm not okay and here's why," and to also let [coworkers] know, "Your silence is deafening. You may not know what to say. You may not even have the language, the verbiage, the range to say anything. But to sit and say nothing, that is something that I can't not see.”

“I'm grateful for my coworkers who check in and ask, ‘Hey, are you okay? What do you need? How can we help?’” 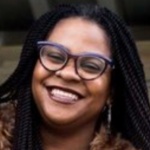 The advice I have is yes, be very cognizant in what you're going to say, but don't sit back and say nothing because you're afraid you're going to say the wrong thing. It’s a lot of labor that Black and people of color have to take on to indicate how we're feeling.

I'm grateful for my coworkers who check in and ask, "Hey, are you okay? What do you need? How can we help? How can we support?" To me, that is headed in the right direction. Because when coworkers don’t say anything about what’s going on, that’s hard.

Our VIBE Voices series provides a place for conversations around VIBE: valuing inclusion, belonging, and equity for all. Read the first post in the series, “The Weight of this Moment as a Black Father.”