Tech, Media, and the Gig Economy

The gig economy is having a big impact on businesses. Here's what it means for tech and media companies. 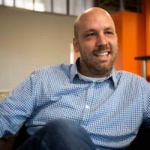 Until a few years ago, when you heard people say “gig,” it was musicians chatting about the jobs they had lined up. But ever since “gig” was paired with the word “economy,” it’s become one of the most impactful trends in the changing world of work. What does it all mean, and what should tech and media companies be thinking about in the middle of it all?

More Influential Than Ever

Independent contractors, freelancers, flex workers—those who make up the gig economy are more numerous than ever. Estimates in recent years have ranged from 60 million to 78 million in the U.S. Short-term jobs aren’t a new thing, but they’ve never been this important: It’s estimated that by 2027, gig workers will make up the majority of the U.S. workforce. Research from the Aspen Institute finds that 30% of all workers are doing gig work.

Why is the gig economy growing so fast? One reason is the increase in fully remote companies, which makes it easier for gig workers to accept jobs that may not be in their hometown. Once virtually non-existent, the idea of a company with employees scattered across the globe is more common than ever. Low unemployment rates are giving employees more leverage to adapt their work situations, and companies are realizing that where and when an employee works isn’t as rigid as they once thought. In fact, remote workers are often more productive than their office-bound colleagues. Antiquated concepts of work are being let go as many embrace the rise of remote employees. And to make it all easier, collaboration technologies have improved by leaps and bounds.

Another reason for this growth is the more widespread embrace of gig workers by larger companies. Once the go-to for startups and companies with smaller resources, Fortune 500 companies are now hiring more contractors and freelancers than ever, exponentially expanding the opportunities available for those who want more freedom. It’s easier than ever to find gigs through multiple digital marketplaces and apps, and it’s more economical for large companies to flexibly add staff for “busy seasons” and hedge against future uncertainty.

The rise of more non-traditional business models like ridesharing and all manner of delivery services is another factor in the increasing demand for gig workers. With so many opportunities to have things delivered to your house (especially in urban areas), the opportunities for gig workers has skyrocketed. The scooter you took across the city to grab coffee with a friend? Someone gathers those up each night and charges them. Those groceries or the Thai food you had delivered when you didn’t feel like going out last night? It’s all made possible by gig workers.

Tech, Media, and the Gig Economy: A Perfect Match

Tech, media, and the gig economy make a natural combination for a few reasons. In media and entertainment, just look to Hollywood. Think about the most recent Marvel movie. The reality of modern film production is that several thousand people in multiple teams across multiple countries, including many hired just for one project, combine their efforts to create the finished product. Hollywood has long embraced the gig economy.

Technology companies have also embraced the gig economy, since like media, the work that needs to be done to create their products can take place anywhere. And in a time of intense competition in the tech space, it’s important to find workers with the right skills that may also be in low-cost locations.

Thriving in the Gig Economy

Big changes could be coming to the gig economy. Regulations may change, and companies should pay close attention to whether their gig workers feel empowered, or exploited. Effective workforce management will become more important than ever. As more employees on and off-board, companies will want to keep a close eye on the constant alignment of talent supply and demand.

Cloud-based systems that put all that information in one place will continue to play a big role. And more than ever, employee experience will be a differentiator. With so much competition for talent, experience will be even more important. They’ll want to work in systems that use machine learning to understand their work preferences and suggest jobs that they actually want. Gig workers have a myriad of opportunities at their fingertips, so anything companies can do to keep them on board will help build retention.

The gig economy is here to stay. The question is, are you prepared to thrive in it?