Uniting at Workday for Social Justice

At Workday, we’re taking action to examine how we value inclusion, belonging, and equity (VIBE) for all. That includes steps to accelerate progress within our own company, and $10 million in donations we’re making to support social justice causes. 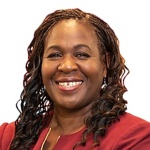 On June 5, thousands of Workday employees from across the world bonded in one of the most remarkable ways I’ve seen since joining our company as chief diversity officer nearly three years ago.

The format was a town hall, via Zoom, to discuss social injustice and inequality that negatively affects numerous communities. It was prompted by the recent acts of violence committed against members of our Black community in the United States.

Several Workmates shared their experiences and feelings as people of color. Two of our executives discussed their own perspectives with honesty and candor, as did a white ally who is an active participant in our Talented Tenth employee belonging council, which was formed in 2015 and focuses on supporting our Black community.

The event was raw, authentic, and emotional. There were powerful expressions of sadness, anger, frustration, and shame—but also support; so much love and support. During and after the town hall, our Diversity channel on Slack was incredibly active, as fellow Workmates reached out to our speakers to lend their support and thank them for their willingness to be vulnerable. In all, it was an experience that allowed us to form human connections in a safe space, during a time when the COVID-19 pandemic has left us all feeling more stressed and isolated than ever before.

I also shared my own grief. I tried to educate my global Workmates by describing why people of color are filled with so much pain and frustration. It’s not any one particular incident that leaves us feeling this way—it’s the hundreds of years of oppression, inequality, and indifference to how Black people are treated.

I think of it as a large open wound that starts to heal, and just when the pain begins to subside, that same wound is violently ripped open. And it happens again and again and again—excruciating pain when the wound is reopened, and immense frustration and anger that it never heals completely.

I also talked about fear. The fear that these injustices will never come to an end—a feeling that’s far too common in our Black community. I think of it as having a terrible fear of roller coasters and then being forced to ride one: the slow trek up the hill that leaves you in hateful anticipation of when you’re going to hit the top, before you plummet downward and into endless, continuous loops of speed and terror. Finally, you start to slow down to pull in to where you boarded the ride. But instead of coming to a full stop, the roller coaster speeds up, and takes you once again through that dread and fear. Now imagine never having the choice to get off the ride, and the realization that this is your life.

That’s what this is like for many of us who are Black. We are tired. We want off this ride. And we want those wounds to heal . . . and stay closed.

Next Steps in Solidarity

Our world’s history with race makes it a difficult conversation to have. But it’s necessary if we’re to make any progress toward guaranteeing social justice and equality for all. Open, honest, authentic discourse is the only way off this roller coaster.

And, as a company, it’s allowing us to ask some tough questions of ourselves—such as, are we being aggressive enough as we progress through our belonging and diversity journey? Nearly 45% of our workforce is represented by non-white minorities, demonstrating we’re racially diverse. And although we’ve made progress, why do Blacks make up less than 3% of our global workforce of 12,400 people? Why aren’t our increased efforts in recent years to recruit Blacks and educate hiring managers significantly moving the needle? More broadly, what do we need to do differently to ensure everyone within our company feels a sense of inclusion and belonging here?

Our world’s history with race makes it a difficult conversation to have. But it’s necessary if we’re to make any progress toward social justice for all.

I will tell you that over the past few weeks, we’ve been having many meaningful discussions across our leadership team about how we can accelerate our progress in how we value inclusion, belonging, and equity for all (VIBE). I’m hopeful about all of the innovative ideas that are coming together to drive real change, including approval from our executive committee at Workday to bring together a team of dedicated resources focused on accelerating our progress. I’ll be publicly sharing more on our commitments in this area in the near future.

One is encouragement, that our Workmates really do care about social justice and about how people of color are feeling, and also their willingness to recognize their own privilege and understanding that not everyone has that same privilege. As just one proof point, our Diversity Slack channel has increased from 1,500 followers to nearly 5,000 in the past two weeks, and it’s currently our most active Slack channel at Workday by far, as more and more people contribute to the conversation.

Another is gratitude. I’m excited to announce on behalf of Workday that we will donate $10 million to causes that support social justice—news that our Co-Founder and CEO Aneel Bhusri recently shared with Workmates. We’re currently finalizing the benefactors and will provide more details soon. Also, in the past few weeks, our Workmates have donated more than $270,000 (exceeding our $250,000 goal) toward organizations that fight racial injustice in America as part of a special giving opportunity our company set up, which includes one-to-one matching funds from Workday.

There’s one more feeling I have that I’ll share with you: hope. I believe, both from what I’ve seen within Workday and in the broader world, that more and more people are awakening to the social injustice felt by people of color and other marginalized groups. I can’t and won’t lose faith in who I am as an individual, who we are as humans, and the belief that enough of us care to band together and make this world a better place for all.