Today marks the five-year anniversary of the opening of our state-of-the-art European headquarters in Dublin. Chris Byrne, senior vice president of global operations at Workday, reflects on the journey so far and why Ireland continues to play a crucial role in the Workday story. 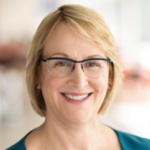 I still recall the questions from some of my friends and family when I accepted the opportunity to work from Ireland nearly 10 years ago, to help grow Workday in Europe. Why was I moving to this island in the Atlantic Ocean so far from California’s Pacific shore? How would this work from a career perspective as an engineer and technology leader, being away from Silicon Valley?

As someone who had spent their entire career in the U.S., these were all valid questions. Yet, in 2020, I have no regrets. Beautiful Ireland has become such a pivotal part of my life, and it’s been thrilling to have been part of Workday’s growth journey here.

And, we have a special anniversary to recognize. On this day five years ago,  we announced the opening of our new European headquarters in Dublin 7, in the heart of the north inner city, with plans to create another 200 highly-skilled jobs for the city within three years. I’m delighted to say we’ve long surpassed that goal, and now employ more than 1,200 people who are building many of our company’s most innovative technologies. During such a challenging time in the world, we’re incredibly grateful to be actively hiring and offering opportunities at all levels of our business.

I’m also proud that Workday makes employees its #1 core value, which is as evident in Ireland as it is at our U.S. headquarters in California and in other regions across the world, with a global workforce of more than 12,000 employees. In 2020, we were voted the #2 in "Ireland's Best Workplaces 2020" awards, marking five consecutive years being ranked in the top two. In addition, we have been ranked #3 Best Workplace in Europe and #5 on the Fortune 100 Best Companies to Work For 2020.

Dublin: A Center of Innovation for Workday

Some people I’ve spoken to in the tech industry aren’t aware of the significance of our Irish operations. Workday bases its operations from a state-of-the-art building in the historical landmark quarter of Smithfield in Dublin city centre, and our developers are heavily involved in shaping Workday’s solutions. We’re not doing bits of development and coding that have a small influence or scope; we’re working collaboratively with teams around the globe, on projects initiated and driven from Dublin, and which are central to Workday as a whole. Workday is in the cloud, and collectively, we’re solving problems for over 45 million Workday users .

The Power of the Workday Community in Ireland

Success is in part due to the company you keep, and companies who share similar values tend to congregate together. Whenever I look across the best place to work in Ireland lists, what strikes me is the number of Workday customers on those lists, and also the values that we share with those organizations. There are many global companies, headquartered in Ireland, that have chosen Workday to transform the way they do business, including Diageo, Icon Plc, Primark, UDG Healthcare plc, and more. In addition, a large number of global multinational corporations with extensive operations in Ireland are Workday customers, such as Aon, Medtronic, and Salesforce.

Workday bases its operations from a state-of-the-art building in the historical landmark quarter of Smithfield in Dublin city centre, and our developers are heavily involved in shaping Workday’s solutions.

We’re extremely lucky to work for a company that actively encourages continuous employee growth. Whether you want to learn new skills, tackle big challenges, or test-drive different roles, in Dublin we provide employees with the tools and opportunities to make it happen. Mentorship, shadowing, and personal career development are areas we take very seriously.

Recent university graduates have been impacted pretty hard in the economic fallout from the COVID-19 pandemic, but bringing through the next generation of talent is crucial to our success, particularly in Ireland. Workday won the gradireland “Graduate Employer of the Year 2019,” where we assign recent university graduates to multiple teams and projects, and provide them with career support and inspiring leadership.

Workday Ireland: Leading Through a Crisis

The pandemic has shown us that businesses need to be able to respond to unprecedented change. Few could have predicted the situation that we find ourselves in, and it has been our job to support our community to the best of our ability. Integrity and customer service are two of Workday’s core values, and we have continued to provide a trusted and reliable service to our customers to help them deal with these difficult times.

Whether it is a long-standing Workday Financial Management customer like Aon, which delivered a fully remote financial close, or a newer Workday Human Capital Management customer like John Lewis taking its 84,000 employees live during the pandemic, we pride ourselves on being a trusted partner to our 7,700  global customers. These relationships are driven through Workday’s Customer Experience Organization, including many who are based out of our European headquarters.

Much has changed since I first touched down in Dublin, and there is a lot of uncertainty ahead on the road to recovery from the pandemic. Yet, I don’t think I could be working for a better company—one which understands how to take care of its employees, partners, and customers, and creates a truly great place to work. Ireland has become a huge part of my life, and has a major role to play in Workday’s success, both today, and as we move together into the future.

Photo: Workday employees at our European headquarters in Dublin with flags representing some of their nationalities, 2019.

Interested in hearing more from Chris Byrne, senior vice president, global operations at Workday? Listen to, “Workday Podcast: Creating More Inroads for Women in Technology,” where she provides tips for women looking to advance in their tech careers, and how companies can inspire more women to choose tech careers and help advance them into leadership roles.