How IT Can Advance the Business Case for Cloud Computing

Making the business case for moving to the cloud is often about developing strong partnerships across the C-Suite and establishing internal trust in an organization. Christoph Frank, head of process and technology solutions and strategy at LGI, talks about his organisation’s shift to the cloud, and how companies should think about its return on investment.

How should technology leaders work with other parts of the C-suite to make the business case for cloud? Christoph Frank, head of process and technology solutions and strategy at LGI, talks about the importance of trust and why cloud’s value stretches way beyond the inital return on investment (ROI).

Christoph, can we start by getting some background on you, your career journey, and your current role with LGI?

In my current role, I’m the head of process and technology solutions and strategy at LGI. We decided to combine process and IT, so I wear a number of hats. I’m responsible for IT overall and for a small digital team. My role also includes managing our process and factory planning team, and our learning academy. So that’s my current job, managing approximately 90 people.

Previously, I spent three years at a large truck and bus manufacturer. There, I was responsible for something called the “House of Digital,” where we completely transformed process and IT for the entire sales and aftersales process worldwide. For example, we deployed a new customer relationship management tool (CRM) and moved a lot of our old applications into the cloud.

Prior to that role, I led a company’s entire transport logistics operations team covering the  central Europe region. Anything happening outside of the logistics centres was basically mine, or my team’s responsibility. And before that I worked for years in consulting.

“The important thing is to make decisions as if it were my own company, and that’s what we did with the HR system from Workday.” 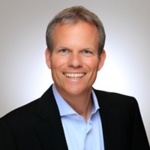 For anyone not familiar with LGI, can you explain what the business does?

LGI is what we call a complex contract logistics company. We have roughly 5,000 employees. Every day, we serve customers in multiple segments. We’re seeing huge growth in what we call life cycle management and end-to-end services. This is not only supporting the logistics side but delivering value-added services around the logistics, bringing goods to and collecting from the customer, and steering the supply chain for our customers. That’s our growth area through to 2025.

For example, in our automotive and industrial division, we manage the logistics of our customers’  production lines. We even support pre-assemblies to support what they do with certain parts of their supply chain.

The second division is electronics and healthcare. We serve large customers, bringing products such as laptops and printers to Europe. Here the value-added services we offer include updating firmware, exchanging parts, and moving them to redistributors.

Our third division is focused on fashion, lifestyle, and e-commerce, where we deliver goods to companies’ stores but also directly to e-commerce end customers. On top of that, we have an air and sea freight division serving our customers in this domain.

LGI is experiencing consistent growth, and you have 5,000 employees across more than 45 sites globally. How do those factors influence your IT infrastructure and how you approach the delivery of technology across your business?

When I joined, IT was in something I would call hibernation mode. IT was viewed purely from a cost perspective. Do everything as cost-effectively as possible. With our new CEO Bernd Schwenger, this has changed because we really know that we have to be an enabler and a driver for our business. We have over 40 sites, have plenty of customers, andare very good at being customer-centric. What we lacked was standardisation and digitalisation. I inherited a zoo of applications and different processes.

One of the key examples is the human capital management (HCM) space where, due to mergers and acquisitions and organic growth, we didn’t even have one HCMsystem and process in place. When we started the journey, that’s where we said, “Look, I can only automate in IT and be efficient if I have one central tool for HCM.” This mindset has carried forward, and having a vision for how IT should be delivered is quite a powerful thing.

When did the journey to the cloud start, and what were the main considerations for the business?

At a fundamental level, before my time, we moved to Office 365 because the on-premise version was out of service, and it was the most efficient way. The challenge we have is that in this logistics space with warehouse management systems and transport management systems, it’s still very much an on-premise world. Many software application providers are probably 10 to 15 years behind the curve.

“I would rather spend time on getting the benefit from the technology rather than arguing what the benefits might be for five years, and by then the next wave is already over.”

The challenge we had in 2019 was that our data centres were growing old, and there was a real need to upgrade the hardware. And secondly, our customers require 100% uptime. Some sectors can be unforgiving about downtime, and there are fees attached for unplanned outages. At that point, our teamsaid, “Well, you know what? Hosting hardware is simply not our core competency as a logistics provider.”

So, we started the journey to look for an infrastructure as a service provider. Next, we looked at software as a service (SaaS) for our key applications. From Office 365 and now Workday, I see a lot of value in the SaaS product delivery methodology, such as feature updates. I don’t have to worry about what’s coming in the next release and keeping software up to date. This frees up the team to spend its time more strategically.

One of the reasons I joined LGI was that I have been at other large enterprises where these kinds of budgeting processes take up a lot of time. You have to make business cases that are sometimes complete guesswork. At LGI, we fortunately are more entrepreneurial. It doesn’t mean we are loose with cash or simply throw it around. What’s great is that the senior management team is open, and they understand that if there’s an enabler and there’s a driver, you can make a case for that. That’s not to say we have to plan for every euro we need for the project. The important thing is to make decisions as if it were my own company, and that’s what we did with the HCM system from Workday.

By the same token, you have to account for, and drive the benefits of, any IT decision. What are the savings, the value, and the added benefits from moving to the cloud—and the knock-on impact to the business? That’s how we think about it.

In the end, you have to do it, and you have to then make sure you get the benefit out of it, and that’s the hard part. But I would rather spend time on getting the benefit from the technology rather than arguing over what the benefits might be for five years, and by then the next wave is already over.

What are the added-value benefits and improvements that cloud computing drives further down into the business?

I’d start by saying having accurate data is key. If you have one system and one process across the entire group, then you have the same process, the same data, and you can rely upon it. Some might say you can get those with on-premise, but it’s certainly more difficult. The second point I alluded to earlier is upgrades and maintenance. I’ve spent a lot of time in my logistics career thinking about upgrades, bugs, fixes, patches, and so on. How do we deploy them? How do we test them? What’s the business impact? SaaS goes such a long way in eradicating those problems. Because of the way new versions are delivered, there’s an appetite for innovation internally. It wasn’t like that before. If something worked, people didn’t want the new release because of the work involved in pushing it out.

The third point would be that in the logistics software space, if I want a feature, I need to pay for it. I then pay the software supplier to deliver that feature. That’s not the case in the SaaS world where my subscription buys me innovation; it provides me with a roadmap for the future. Even if I don’t turn on all of the features, the fact that someone else is thinking about that software development, testing it, and rolling it out, that’s powerful. Hopefully, we’ll see more of this in the future in the logistics space as software vendors catch up.

For IT leaders starting their cloud journey, how should they be thinking about the business case and defining the value of cloud to their organisation?

Start by asking, “If this were my own money, would I put a bet on it?” I think if you follow that rule, you can shortcut many of the decision-making processes. The second question would be, “Is it a one-way door or a two-way door?” In other words, is it so costly I can’t get out of it if it turns out to be the wrong choice? Because often if you do a two-way door, it’s no problem correcting yourself after a year. If it’s a one-way door, you should be comprehensive in analysing what it means.

I also think it’s making that case for cloud, and trying to get business leaders to understand what decision will help the business do better—where they could create value, and where they could also work with their own teams to configure and maximise the value of the solution. That’s how businesses should be thinking about the cloud and its benefit to the business.