How to Solve the Challenges of Headcount Reconciliation 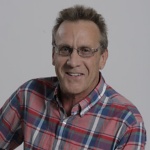 A simple count of employees should be a fairly straightforward process. After all, how difficult can it be to get an accurate number of the people your business employs?

Finance and human resources (HR) routinely produce headcount numbers that don’t match. And that’s a problem. When you don’t know who works for you (and where in the organization), you lack visibility into the health and performance of your business.

Knowing Who Works for You at a Given Time

For example, consider this scenario: You’re in a meeting with executives to discuss last quarter’s budget when a few seemingly straightforward questions come up. What’s our current headcount? What did they cost? And how did that compare to what we planned?

Simple, right? Not so fast. HR and finance often have different ways of measuring headcount. Does that include contractors? And what about the 0.3 full-time employees (FTEs) who only work 15 hours a week?

Ultimately though, the real challenge arises when it falls to finance to explain what the company’s headcount costs actually are and why that deviated from the plan. It requires keeping track of who you’ve hired, for what roles, at what compensation levels, in what regions—and being able to tie that all back to the original plan you put together. It’s an exercise that, for most organizations, is challenging if not impossible.

How to Explain Headcount Variance

Even the best-laid plans never unfold exactly as scripted. Maybe you ended up pushing out the hire date to later. Or you couldn’t fill the role at all. Or maybe the compensation package changed because the job requisition was created for a role in Austin but filled in San Francisco. Perhaps attrition grew more than expected, or there were unplanned leaves. In any case, there are plenty of reasons why plans and actuals don’t align. And that’s to be expected.

However, when it comes to explaining this variance, often the best report finance can produce is a simple “budget-versus-actual” analysis of salary expense. If finance is lucky it’s by department, which can shed a little light on where in the organization the variance is. If finance is really lucky, maybe there’s an FTE plan versus actual that can also shed some light on whether the variance is price- or volume-driven. Regardless, none of these offer much insight into why the variance arose. And that’s because, fundamentally, there’s very little connection among the general ledger, HR, and planning systems that manage this process.

When you don’t know who works for you (and where in the organization), you lack visibility into the health and performance of your business.

Further investigation into these variances is highly manual—emails back and forth between finance and HR sorting through which positions and requisitions went where—and often difficult to quantify in terms of cost. But what if you could easily understand and track the root causes that are impacting the largest expense in your business?

Visualization to the Rescue

Here at Workday, we can see what a visualization into the root causes can tell us via a waterfall chart. Specifically, we can see both the reconciliation of the variance between budget and actuals and the relative impact of each of the underlying factors. And we can do this on an FTE-count basis as well as on total compensation expense. Was there higher-than-expected attrition? Did some hires happen sooner than expected? Did levels or location change?

These root causes aren’t easy to come by, so at this point you may be wondering how we did this. With Workday Adaptive Planning, it starts with ingestion of the current personnel roster and the creation of a detailed hiring plan, built on a detailed driver-based model that automatically calculates and rolls up myriad assumptions about who you’re going to hire, when and where you’re going to hire them, as well as what you’re going to pay them. We’re able to use the position ID to reconcile positions across different versions and against actuals. In addition to this, a “reason code” is tagged at the line-item level—automatically updating the waterfall chart.

But it doesn’t end there. The automation gets even better when you’re using Workday Human Capital Management (Workday HCM) in combination with Workday Adaptive Planning.

And all this features a unified look and feel, so you can follow your train of thought and collaborate between departments.

The bottom line: To prepare an accurate budget, you need to get the headcount reconciliation process right.

Check out this quick demo to see Workday Adaptive Planning in action.

A modern close process can accelerate business agility and create a frictionless, collaborative environment for accounting and financial planning and analysis (FP&A). 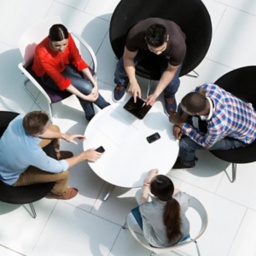 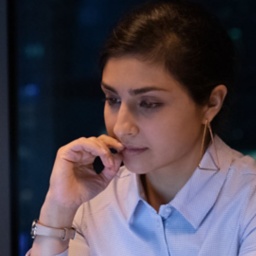