Rolls-Royce Engineers a Skills-Based Approach to Developing its People

Aerospace and power company Rolls-Royce is on a transformational path to leading the transition to net carbon zero. We recently spoke to Alex Kyte, global head of talent at Rolls-Royce to find out how the company is taking an entirely new approach to people development and building a skills-based future. 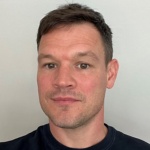 Rolls-Royce is obviously a name most of our readers will have heard of, but can you tell us a bit about how the business has diversified over the last few decades?

You’ve probably heard of Rolls-Royce because of the motor cars. Unfortunately, we don't have motor cars anymore. We're now an industrial technology company that specialises in power units for aerospace, defence, generators and nuclear. If you fly long haul, you have a one-in-two chance of looking out of the window and seeing a Rolls-Royce badge on the aeroplane’s engines. Our new businesses are very much around the transition to net carbon zero. We're investing in electrical flight and we recently unveiled the world’s fastest all-electric plane. We're also investing in small modular nuclear reactors as an alternative to fossil fuel power for homes and industry. So, it’s quite a business transition we’re going through.

That kind of shift requires a new approach to talent and finding the right skills. Can you tell us about how you approached that journey?

People wanted more transparency and were open to gaining more breadth but they felt that opportunities were happening behind closed doors. We wanted to get to a place of ‘agile development’ where individuals and their line managers could access every form of development opportunity that existed in our business and not wait for it to be provided for them. And that meant everything from bite-sized learning, to working on gigs and projects. It meant mentors, it meant jobs, anything that we could think of.

Initially we didn't really think about skills. We thought about the "so what?" for our people. We have tried to ask people to complete competency profiles previously and very few did as there was no reason to want to do it. We switched on Talent Marketplace at the same time as Workday Skills Cloud so we could go to employees and say, "If you want to have access to projects, these wonderful opportunities, the way that you get the most from this is to give us your skills information."

Many businesses naturally align skills with competencies. Can you tell us how you introduced a skills-based approach?

Our journey started with a lot of scepticism. People liked doing what they were doing and didn't think this whole idea of skills was really going to land. We talked to lots of organisations and they told us about their journey. They suggested we give it a go on a very small scale.

We partnered with engineering, which is the biggest function in our business and who had a need to broaden their engineers to adapt to the changing technology we wanted to develop to lead the transition to net zero. We worked with them at a very senior level and picked about 500 people in one of our aerospace engineering divisions to try it out.

We started by saying to managers "Why don't you go raise a gig?" We gave them a couple of weeks to populate the Talent Marketplace. And then we said to people, "Why don't you see if you can use your skills to match with a new opportunity?"

The results were astonishing with 60% of people completing a Workday Skills Cloud profile and looking for a gig. About 12 people started a gig in the first two-month window of the pilot. Nearly a third of our managers raised a gig as well. And the feedback on the user experience was also really positive so it was an encouraging pilot.

“The results were astonishing with 60% of people completing a Workday Skills Cloud profile and looking for a gig. About 12 people did a gig in the first two-month window of the pilot. Nearly a third of our managers raised a gig as well.”

Following the success of the pilot, how did you roll it out more widely?

Rather than tell everyone that we would now switch on Workday Skills Cloud and gigs (which is the traditional change management approach), we wanted to be demand driven as the implementation required an investment by leaders to want to change the way that they develop their people. Other parts of engineering started to say, "Hey, I heard about your pilot. I heard about gigs. I heard about Skills. How do we get involved?" And we then embraced them and said, "This is the way you do it. Here's the playbook for implementing that we learned from our pilot."

We ended our first roll-out with 4,000 people in February and now we're up to 10,000 people. We've had multiple launches, almost every two weeks we're switching on a new department, be it another part of engineering or business development, or comms, or HR. Of the populations that we've launched, there’s nearly 40% adoption. So, 40% of people in those areas are filling out Workday Skills Cloud profiles and are looking for gigs and trying to find opportunities. This is generating a lot of skills data that we can then use in the future to understand the full skills of our people, not just their qualifications or what jobs they have done before.

We're really pleased with the results so far. We have a plan for the rest of the year to get half the organisation on Workday Skills Cloud purely based on people coming to us and saying, "Hey, I've heard about this. I'd like to get involved."

So, we're an engineering company. We like rules. We like things to be written down. We like black and white. We don't like grey. That makes life hard for us. So, we actually did the opposite. We said we're not going to create rules around this – it is going to be simple and agile. We're not going to put approvals in place so people have to ask permission before they raise a gig or take on a gig. Instead, we said, "If your gig is interesting, people will come to it. If your gig's not interesting, they won't. You've got to make sure that you're attractive, offering really interesting work using skills to attract potential business."

We put in some guidance about what good gigs look like. So typically, we're seeing 80% of all the interest is around short-term, bite-sized bits of work of less than five hours. Typically, you see the more skills you add, the more interest you get. If you add videos about what you're talking about, you get even more interest. We’re encouraging adoption through communications, but as a system, we try not to put any rules in place.

Ultimately, you’re offering a new conversation via the Talent Marketplace that is empowered to govern itself. And the little triangle of an individual, their manager and the gig host talk to each other. They communicate and they say, "Hey, guess what? This week, Heinz can't do all the hours you want but he can do twice as much next week to allow him to get his day job done."

During the pilot, we actually saw a boost in discretionary effort. We had 1,000 hours that suddenly came out of nowhere to do these projects, with no applications for overtime or people staying late. They actually did their day job quicker to find space to do the things they wanted to do.

“We had 1,000 hours that suddenly came out of nowhere to do these projects, with no applications for overtime or people staying late. They actually did their day job quicker to find space to do the things they wanted to do.”

What’s next for Rolls-Royce?

So for us it’s about continuing to expand the adoption of Workday Skills Cloud. We're looking at how we connect it to learning and mentoring with matching to a mentor based on skills launching this summer. But the really exciting next step for us is our plan for skills-based organisations. So, looking at jobs and seeing if we can deconstruct them into bite-sized bits of work. Can we then employ a pool of skilled people and allow them to move around the organisation based on these bite-sized bits of work that they're following? And that's going to have powerful implications for us in terms of all our traditional HR practices including performance and reward. How do you reward people? How do you know what their rate is for the skills they have? How do you assess their performance when they have a single manager? How do you then apply learning solutions? How do you apply all the things that are going to be affected around that? And that's really the next part of our journey.

Does Your Approach to Skills Management Strengthen Upskilling and Employee Retention?

Learn why skills management is different from a skills-based approach, and why both are necessary for an organization to effectively engage, upskill, and retain employees.

Our global survey on digital acceleration finds that business leaders took a more measured approach in 2021 compared with the previous year. Read on to learn more about what respondents ranked as the top barriers to digital transformation.

Embrace the Opportunity to Reinvent, Reimagine, and Reenergize Your Workforce

Leena Nair, chief human resources officer at multinational company Unilever, spoke with Ashley Goldsmith, chief people officer at Workday, about the opportunities ahead to pioneer the needs of a changing workforce.