For 24 years, Netflix has always been on the cutting edge of innovation. Learn how the streaming service and production company leans on its developers to enable modernization. 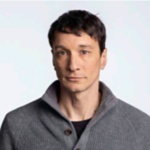 There’s no doubt that Netflix is one of the iconic companies of our time. Whether it’s changing the way we spend our free time or changing the way it conducts its business, Netflix keeps on innovating.

In this episode of the Workday Podcast, I talked to Netflix’s Senior Integration Architect Vinod Mahalingu about the impact that its developers have had on the organization’s innovation. Here are a few highlights from Mahalingu, edited for clarity. You can also find our other podcast episodes here.

Josh Krist: It was 1999, and while everyone was worrying about impending Y2K doom, my roommate was showing me these red envelopes with DVDs inside them. Then he told me with absolute certainty, "One day you'll just go to your TV, and they'll deliver anything you want to watch whenever you want to watch it." I didn't believe him. And Steve, if you're out there listening, I was wrong. There's no doubt that Netflix is one of the most revolutionary companies of our time. That's why I'm excited to have Netflix Senior Integration Architect, Vinod Mahalingu, on this episode of the Workday Podcast. Whether it's changing the way we spend our free time or changing the way it conducts its business, Netflix keeps on innovating. I'm Josh Krist. Welcome to the show, Vinod.

Krist: Can you start with just, tell us a little bit about your technical background and what kind of experience, in general, you've had before becoming a Workday Extend developer?

Mahalingu: Yeah. Sure. Uh, I started off my career as a, um, a SAP integration architect. So I was working on several SAP products, and then gradually I moved to, uh, Workday. And, uh, my Workday career started when I joined a Workday partner called DayNine Consulting. And, I've implemented several Workday projects for several customers and building different kinds of, uh, Workday integration which include Studio, core connectors, EIBs, etc. And DayNine got a [inaudible] center. Then, uh, I thought of moving to the customer side and gained some experience on the customer side. That's when I decided to, uh, try Netflix. And Netflix was one of the early adopters of Workday Extend.

Mahalingu: That's how I got introduced, uh, to Workday Extend. And I have been building apps in, uh, Extend for the last three-and-a-half to four years.

Krist: Three and a half to four years, so you were really one of the first Extend app developers out there then?

Krist: Mm-hmm. That's great. Do you have a favorite app or an app that you think made the biggest business impact?

Mahalingu: Yeah, definitely. I think, uh, one of the initial apps that we build, of course with the help of a Workday developer, was the stock options allocation program. That's where employees get to go and elect a certain amount of their compensation for the company's, uh, stock option program.

Mahalingu: That is being widely used, uh, pretty much by every new hire as well as during the open enrollment for the existing employees to go and enroll to their, uh, stock options. Another interesting fact is that's when Workday introduced the PMD scripting and model component capabilities. We were chosen as one of the early adopters, so I got to work directly, like first-hand, on all the model components and use that to store data and, you know, build pretty good dashboards and everything out of it. Yeah.

Krist: Right. And what was life like before Extend?

Mahalingu: Yeah. I think one of the biggest asks of our end users is mainly how we can customize the Workday screen, which was not possible earlier because, uh, for some of the screens, they wanted, for example, a drop-down widget to be on the left and not on the right and have more text editing capabilities on the screen, which was not possible. And that was made possible with Workday Extend, and along with other capabilities like model components where we can store application-specific data and not to be dependent on any Workday-delivered business object. I think that was a big win for us, and our customers were happy once we started customizing the pages to their needs.

Krist: And then, I mean, how does your development team work together, and how do you share knowledge?

Mahalingu: Sure. We have a dedicated channel in our messaging platform, uh, for Extend where we share ideas and ask any technical questions that we have. When we get a business use case, uh, first we will meet as a team and brainstorm different ideas and tools that we can use to build that specific integration or application.

Mahalingu: And if we think Extend is going to solve most of our problems, then if time permits, we'll create a quick design or a model of it, and then, uh, present it to our business users and get their opinion. And after that, if they think Extend is the best fit for that, then we'll go ahead and start building, um, the app using Extend. Pretty much this whole process, until we start building, will take around one or two weeks.

Krist: And then, I mean, once you understand the business requirements, you know, something I've been hearing from developers is that it used to be that if you wanted it, you know, fast and good and without costing a whole bunch of extra resources, you had to pick two out of the three.

Krist: But with Extend, you can kind of, you know, do fast, do good, and in a resource-sensitive way. The stock option example--once you understood what needed to be done, how long did that take to actually build?

Mahalingu: I think that took a little long, just because of the fact that we were the first ones to go live with model components, like, the first application throughout Workday.

Mahalingu: And we also, uh, needed some help from Workday because not all the functionalities were public yet. And we had to connect with the Workday team and explain our business needs to them, and then they'll come up with a plan, we discuss the plan, and then start designing and building it. So, it took a while. I would say around four to five months from the day we started discussions about it. And I think, throughout this process even, Workday was enhancing some of the features. Like for example, on day one, when we started, some of the capabilities were not available yet. And by the time we got towards the end of the application build, there were a few enhancements that were available that we were able to use.

Mahalingu: So even incorporating those changes took a while, but in the end, we had a pretty solid product. Yeah.

Krist: Right. And something else I've been hearing from developers, which I'd love your take on, is it almost seems like you have to be a really good listener and really good k-- you, you almost have to be an, an investigator/psychologist sometimes. Can you just talk a little bit about that?

Mahalingu: I think it'll really help if we, as developers, first understand the different widget that Workday has to offer and their functionalities and, uh, the workflows that you can build out of Extend. That'll really help set expectations with your business users.

Mahalingu: During our learning process, we have instances where we promise some of the things through Extend, but later we realize that it has its own limitations. Like, this was during the inception of Extend, right?

Mahalingu: So, uh, going through the different widgets and what Extend has to offer really helped me understand their requirements and also not over-promise and deliver less, but listen to their needs and take a day or two, come back and see if all the business needs will be met by all the widgets and, for example, scripting capabilities that we have, and then go to them and come up with a design, uh, like an initial design that would excite them, and then take it from there. I know it's not a one-time thing where you just come up with a design and they're going to approve it. There'll be some constant changes because even they get excited. When they see a few things, they want more and more. And yeah, I think it's a gradual learning process for both us and the users.

Krist: And that's actually something else I've been wondering about for the line of business users out there who w-want to work better with their Extend developers, and what advice would you give them?

Mahalingu: I think it would be better for the business users to go and-- like, if Workday has to offer some training sessions to understand what Extend is and what are the capabilities of Extend, then it would, uh, be very helpful for them to have a conversation with the developer. Because they are already aware of what all it can offer, uh, which will help the conversation during the design sessions to be smooth.

Mahalingu: Yeah, I think that's, like, the main things, and also to come up with some good design documents and, maybe, workflows, uh, which will help the developer decide how the, the app should look like.

Krist: You have a lot of experience with Extend, deep knowledge of Workday and the capabilities, but what advice would you give to a developer who's looking to start building apps with Workday Extend?

Mahalingu: Sure. I think the first place to start off with is the developer's side.

Mahalingu: It has a lot of resources regards to, like, starting from building your first app, a detailed description and use cases for all the widgets that's being used. It's a great place to start. And definitely, the app catalog where there are a lot of pre-built applications, uh, provided by Workday, which already uses a lot of functionalities, like app components and orchestration. So which, which you can download and, uh, refer through your build process. So that really helps.

Mahalingu: And definitely the developer community, like, the developer forum, and the Extend community website, where you can go and be open and ask questions, get help from other developers, collaborate with them, that really helped me build my apps.

Krist: And this is the first in-person Devcon. Um, we had a virtual one last year.

Mahalingu: I think definitely it's going to, uh, be meeting different leads and developers from Workday--

Mahalingu: and also to get to see the presentations and get excited about what all new products that Workday has to offer as part of Extend. And also ask, like, interact with the developers and ask questions in person. That's really a big advantage of attending Devcon, uh, in person. Yeah.

Krist: Right. And then to wrap up, I just can't help but asking, do you spend a lot of time actually watching Netflix at home? [laughter] Or does it feel like going back to work?

Mahalingu: Definitely. I'm, I'm personally a big fan of Netflix. I do watch a lot of shows, uh, whenever time permits. It's a great, uh, place to be. I really like the culture, how we treat people.

Krist: Well, thank you very much for joining us today, Vinod.

Mahalingu: Great, great to be here. Thank you so much, Josh.

Krist: All right. Thanks to listeners for listening to the Workday Podcast. You can subscribe to us with your favorite platform or podcasting tool. Thank you.

Developers from across the globe came together at Workday DevCon 2022 to learn how to address business challenges with our latest technologies. 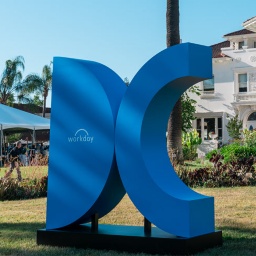 Listen to the Workday Podcast to learn from thought leaders on business issues and the changing world.