Leaders of employee belonging councils representing Asian communities at Workday discuss the impact of the rise in anti-Asian violence and harassment, and what we can do to be allies.

Worrying about elderly loved ones going outside alone.

Bracing for racially motivated harassment while out in public.

Feeling concern for your own safety.

These are just some of the worries that Asian-American Workmates have for their communities, families, and themselves in the wake of the appalling rise of reported  violence against Asians in the U.S. The most recent, horrifying incident was a shooting spree in Atlanta on March 16. While the story is unfolding as I write this, news agencies are reporting that six of the eight people killed appear to be Asian women.

Here at Workday, our leadership recognizes acts of anti-Asian violence and harassment as racism. And we’re actively cultivating global dialogue and action to ensure our Asian colleagues feel that they are safe and belong.

“We stand with all of our Asian communities against acts of violence, xenophobia, and racism of any kind,” said Carin Taylor, Workday’s chief diversity officer. “Consistent to our core values, we commit to supporting our Asian-American, Asian-Pacific Islander, and global Asian communities, and providing a safe and equitable workplace for all.”

Racism and xenophobia against Asian Americans has always existed, but it hasn’t been widely recognized until recently with data and news reports showing a sharp increase in anti-Asian violence and harassment since the onset of the pandemic:

To help address the impact of violence and harassment against Asians, I reached out to my fellow Workmates who lead employee belonging councils (EBCs) representing our Asian communities at Workday. In answering my questions below, they shared ideas on how to support Asian colleagues experiencing racial trauma, and how allies and the Asian community unite against racism.

Mamta Suri, senior development manager, time tracking; global liaison of Dosti-South Asian EBC: If we look back at the history in the U.S., racism against Asians has been dismissed and perpetuated by the model minority stereotype. Asians are often considered soft-spoken, humble, and modest; they put their heads down and work hard. Racism against Asians only gets noticed when it gets to this level of violence.

These acts of violence are underreported as these are self-reported incidents, and many Asians are not reporting them due to fear, disbelief, and modesty. The racially motivated harassment and discriminatory incidents sadly become part of our daily living, whether you’re riding public transportation, or you’re walking down the street and hear a comment such as “go back to your country.” Such daily acts of microaggressions don’t make the news, and unfortunately, it has now reached a stage where our vulnerable elders are getting physically threatened and hurt.

Jerry Pan, software application engineer II; global community liaison, East Asian EBC: There’s a Chinese saying about hardship, which roughly translates to “swallow the bitterness.” The expression encapsulates how Asian culture largely sees enduring the pain of hardship as a virtue. We eat it, we take it, we don’t say anything; move on.

To an extent, I think it’s admirable to have that inner strength to do that, but you shouldn’t have to. Empathy and kindness for all humans—I think that’s the goal.

Why is it particularly alarming that acts of violence have targeted the elderly in the Asian community?

Many Asian Americans have older family members who immigrated to the U.S. and sacrificed so much for their children and their grandchildren to come here. They worked so hard to become part of the community, but no matter how many years our families have been living in the U.S., Asian Americans are largely still seen as foreigners, although we consider ourselves American.

Tess Deocampo, senior financial analyst; community liaison of KAMPI EBC (Filipino and Pacific Islander): The elderly are among  the most vulnerable members in our community; we protect them like I protect my mom and my grandparents. Some of our elders are immigrants and came here to escape violence in their home country. Worrying about their safety here, in a country where they sought refuge, is disheartening.

"The acts of violence and harassment against Asians and Asian-owned businesses are taking a toll on mental health across Asian communities." 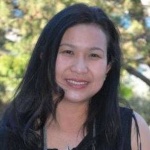 The rise in anti-Asian violence and harassment has in part been fueled by widespread use of “kung flu” or the “Chinese flu” to refer to the COVID-19 pandemic. Why are these labels problematic, and how can allies and Asian communities denounce these terms?

Pan: I think it’s symptomatic of acceptance of racism against Asians. Asian communities, just like many others, are experiencing the devastating effects of the pandemic, but Asians have also become the scapegoat for the pandemic because a number of visible figures have normalized incendiary ethnic-based language. And, that’s emboldening people to take their frustration out through racially motivated harassment and violence.

Suri: Often people don’t even recognize that some of the stereotypes and language such as “China virus” are microaggressions since they have been normalized in some media outlets and conversations. The first step toward addressing these racial microaggressions and stopping them from perpetuating starts with having a conversation, asking questions, and educating people. In addition, the media can help by providing broader coverage and education to help prevent these hate crimes.

Huang: Addressing microaggressions definitely takes being comfortable with being uncomfortable. That first conversation is going to be the hardest, but this is how you learn and educate others. Once you have that first conversation, you'll be more comfortable speaking up again. We also need leaders and prominent personalities to speak up because when leaders speak up, people listen.

Can you share some examples of the anger, fear, and pain being felt across Asian communities right now?

Aileen Apostol, senior program manager, Belonging and Diversity: I have spoken to coworkers whose families own restaurants; they’re fearful that their friends and family could be targeted. So, even though a person may not be experiencing xenophobia directly, there’s still hyper-vigilance that members of the community bring into the workplace. There’s a fear in the back of your mind, wondering if they’re OK.

Deocampo: I have a cousin who owns a gasoline station, and after we heard Filipino store owners in Vallejo, California, were robbed and shot, my cousin is having anxiety. She asked if she should close the business. We told her she doesn’t have to do that—she doesn’t need to live in fear—but still, the acts of violence and harassment against Asians and Asian-owned businesses are taking a toll on mental health across Asian communities.

How are EBCs representing Asian employees at Workday helping Workmates process and heal from racial trauma?

Suri: I think EBCs provide a platform for their members and educate the workplace about the reality of what's going on. The media coverage is very limited, and there needs to be broader awareness and education for hate crimes, which are crimes against humanity. They affect all of us, regardless of the color of our skin. EBCs provide awareness, education, and a platform to discuss these issues.

“EBCs understand and hear the voices of their communities and address those concerns.” 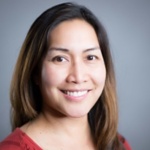 Increased awareness helps us address anti-Asian racism, whether it's having a conversation with a Workmate or showing support through smiling and saying thank you to a grocery worker who may be Asian; it’s realizing they also might be fighting unseen battles. So, awareness, education, and being kind to our fellow human beings is really important.

Apostol: Our employees feel comfortable going to an EBC leader and sharing their voice. Having that safe space is a big component of their psychological safety. EBCs understand and hear the voices of their communities and address those concerns. And, these conversations with employees help company leaders gain more insight into what actions they can take to address concerns.

What can allies and Asian communities do to denounce violence against Asians and take a stand against racism?

Deocampo: For Asian communities, I think it's about time we speak up. And, we need our allies to speak up as well. I think we've been silent for too long. Why do we have to wait until people get hurt in our community for us to speak up?

Huang: Our Asian EBCs (Dosti, East Asian, and KAMPI) are continuing to provide resources, encourage discussions, and host events to educate our Workday community about anti-Asian violence and racism, and how to take action.

We have also gained a lot of support from the other EBCs, and we’re working with them to plan future co-hosted events. We recently co-hosted an internal roundtable discussion with executive leaders. One major takeaway was that all of us have a voice; no voice is too small, and collectively we can amplify all of our voices and drive change.

“Addressing microaggressions definitely takes being comfortable with being uncomfortable.” 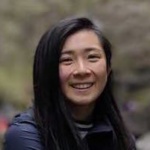 Suri: Having our leadership stand with us amplifies our voices. And, this is an important issue that our community is facing right now. It's important to see leaders recognizing that.

For allies who don’t know how to talk to an Asian person, it starts by acknowledging what’s going on. Saying something like, “Hey, I don't know if I can even talk to you about this, but I heard this in the news. Do you feel comfortable talking about it?”

Learn about anti-Asian racism and how allies can show their support:

Listen to this five-part PBS special about the history of identity, contributions, and challenges experienced by Asian Americans.

Shop at Asian-owned stores and restaurants suffering from the economic impact of the pandemic and COVID-19-related racism.