More than five decades later, the company is now an 83-store retailer that offers year-round home furnishings and off-price discoveries to shoppers in 20 states. The company was acquired in 2020 by privately owned Handil Holdings and began the journey to establish new departments and a new suite of systems to operate as an independent entity.

Christmas Tree Shops operates with a base staff of over 4,500 team members and a seasonal build of over 1,300 holiday helpers. Since the acquisition, the company successfully launched 20 pop-up stores and opened 4 new locations with plans for more. This kind of change and growth required a human capital management (HCM) system that could aid in the operation of a large population, recruitment, and onboarding as well as scheduling, timekeeping, and payroll management.

“We had two major objectives in mind when selecting our HCM. We wanted a platform that created efficiencies across multiple human resources functions, but equally important was creating a user-friendly experience for our team members,” said Karissa Searock, director of total rewards and human resources information systems (HRIS). With all these requirements in mind, CTS chose Workday Human Capital Management.

“We feel great that Workday not only supports our growth, but also helps us better engage and manage our team members.” 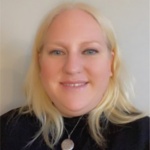 Workday Recruiting integrates with job-posting providers to reduce workload and increase applicant flow. It meets hiring needs for front-line workers, as well as CTS’ distribution center and corporate professional team. Workday’s single technology architecture makes it possible to seamlessly follow an applicant through the interview and selection process to the onboarding process, with no need for manual reentry or data aggregation.

CTS was also able to eliminate the need for another workforce management system by implementing both Workday Scheduling and Time and Attendance in their distribution center. Leaders’ workload was reduced, and employees were able to record time right from their phones.

“Giving our team members the ownership of their profile in Workday—the ability to log in and get their pay stubs, request time off, or see their schedule quickly—has been a game changer.”

In a fast-paced retail environment when all team members are constantly on the go, easy access and self-service features are critical.

“Giving our team members the ownership of their profile in Workday—the ability to log in and get their pay stubs, request time off, enter their time punches, see their schedule quickly, or update their personal information—has been a game changer,” Searock says. “It’s had a positive impact both on our employees and our working leaders, who cannot always be tied down to a desk to complete administrative tasks.”

CTS uses the announcement feature to provide team members with urgent notifications about weather-related store closures and create space for company policies and resources. The Workday mobile interface plays a vital role in empowering CTS team members to handle tasks and access information in real time and on the go, leading to better engagement and higher efficiency.

As CTS looks to the future, Searock says her team is confident that its workforce plan aligns with its ambitious business objectives. “We feel great that Workday not only supports our growth, but also helps us better engage and manage our team members,” she says.

Today’s retailers need better solutions to help them overcome hiring challenges and win the war for talent. Download this eBook to learn how organizations are investing in workers—and how the mobile-friendly Workday Human Capital Management application can help empower employees and enhance their experience.

Stay One Step Ahead in Retail Finance

Manual processes and siloed data are liabilities for CFOs facing unreliable revenue, demand, and supply chains. Learn how cloud systems can help retail CFOs combine financial and operational data in one source of truth, improve forecasting, and achieve rapid ROI in the white paper from Workday and KPMG: “Retail Finance Transformation: Leaning into the Digital Future.”