The seamless transfer of data between the United States and European Union plays a vital role in driving the digital economy, and enabling multinational companies to effectively manage their global workforces. Workday Chief Privacy Officer Barbara Cosgrove shares what the Executive Order on transatlantic data transfers means for Workday customers, and for the future.

Here at Workday, we eagerly welcome the much-awaited Executive Order (EO) on transatlantic data transfers, which was issued by President Joe Biden on October 7. The EO seeks to implement the agreement between the European Union and the United States to address government access issues that were at the heart of the Schrems II case, which invalidated the Privacy Shield as a data transfer mechanism. The seamless transfer of data between the United States and European Union plays a vital role in driving the digital economy, and enabling multinational companies to effectively manage their global workforces.

The new EO is a positive step forward in continuing the free flow of personal data from the European Union, including employee data, to the United States. However, there’s a lot of information to digest, so I’d like to provide some clarity on exactly what it means, and how it will affect our customers going forward.

What is the significance of the EO?

Several months ago, President Biden and the European Commission President Ursula von der Leyen announced a political agreement known as the EU-U.S. Data Privacy Framework (DPF), which is intended to bolster the free flow of EU personal data to the United States. The newly released EO formalizes the U.S. commitments to that agreement by providing a process for EU citizens to make formal complaints if they believe their personal data was unlawfully collected by the U.S. government for purposes of national security. It also implements safeguards to ensure that U.S. intelligence activities are necessary and proportionate as they seek to achieve their security objectives.

The seamless transfer of data between the United States and the European Union plays a vital role in driving the digital economy, and enabling multinational companies to effectively manage their global workforces.

What does the Executive Order mean for Workday customers?

True to our core value of customer service, Workday takes privacy and security very seriously, and maintains appropriate safeguards to protect the data of our customers. Following the Schrems II case, we provided our customers with a robust transfer impact assessment (TIA) whitepaper to help them assess the risk of transferring EU personal data to the United States in the context of an enterprise human capital management (HCM) and financial management system. Based on many factors, including the type of data, history of government requests to Workday, and other similar companies, as well as government statements, we concluded the risk was low.

Workday will immediately update our existing TIAs to reflect this change in U.S. law, and will continue to use our TIA to support transfers using legal mechanisms that Workday already employs, such as Binding Corporate Rules for Processors (BCRs) and Standard Contractual Clauses (SCCs). In addition, Workday has maintained our certification to the Privacy Shield framework. As the legal challenge to the Privacy Shield was not based on commercial data practices, but national security issues, we expect the process to use the new EU-U.S. DPF, as a legal data transfer mechanism will be near seamless once the new adequacy decision is finalized, which will likely be in the spring of next year.

The seamless transfer of data between the U.S. and EU is foundational to transatlantic trade and investment in today’s digital economy, with more data moving between the United States and Europe than anywhere else in the world. It’s important that policymakers, in partnership with businesses and other stakeholders, come together to develop and implement lasting frameworks that enable data transfers and protect privacy. In the days and months that followed the Schrems II decision, Workday engaged heavily with both the Biden Administration and their counterparts in the European Commission to help chart a path forward for a successor data transfer framework. We strongly support President Biden’s EO implementing the commitments under the EU-U.S. Data Privacy Framework and look forward to working with partners in the EU in support of a new adequacy finding.

Be sure to keep an eye out for the updated TIA coming soon, which we will post in the Workday Community.

Workday’s Take on Global Data Transfers: An Update and What’s Next

Barbara Cosgrove discusses Workday’s position on the creation of the Global Cross Border Privacy Rules Forum, what this means for the industry at large, and what to expect next for global data transfers. 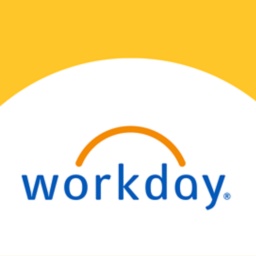