Higher ed leaders say the pace of change is slowing down. But they understand that to stay competitive, a data-focused digital strategy must come to life.

Countless colleges and universities pivoted to ramp up online course offerings during the pandemic. But that doesn’t mean the world of higher education is acing digital transformation exams.

Sixty percent of higher education leaders say the pace of digital transformation has slowed from where it was a year ago, or they expect it to slow down in the future. And just 26% of leaders in the sector expect at least half of their revenues to be digital within three years—a steep drop from the 60% of leaders who said the same thing in 2020.

Perhaps most worrisome, only 5% of higher education leaders say that at least half of their daily operations are digitalized, compared to 18% of all surveyed leaders.

That’s according to “Closing the Acceleration Gap: Toward Sustainable Digital Transformation,” Workday’s global survey of 1,150 senior executives across more than a dozen sectors, including higher education. The research suggests that many colleges and universities are grappling with digital transformation challenges exacerbated by the pandemic and are unable to adequately evolve strategies.

“More than ever, students expect a campus experience that mimics their life—how they order food, access their residence, communicate with peers, and engage with faculty and the administration,” says Michael Hofherr, general manager of Workday Student and former CIO of Ohio State University. “All of those interactions need to evolve, and at the core of that evolution is digital transformation.”

Nearly all institutions have made changes, embracing things such as digital learning management systems and classroom video conference tools, Hofherr notes. The big question now facing campus leaders is: “What does the next era of digital transformation look like? No one has defined v2. There’s a real visioning problem at most schools, stemming from high leadership turnover rates and tech skills gaps,” he says.

That visioning problem comes through in Workday’s survey. For example, about three-fourths (76%) of higher ed leaders say their digital strategy can’t keep up with the needs of the organization. And 68% say there is a growing gap between where their organization is and where it needs to be to compete—well above the 52% of all leaders who say the same thing.

Overall, the picture of higher ed that emerges from the “Closing the Acceleration Gap” report is an industry in need of far greater adaptability and confidence. Only one in three higher ed leaders say their culture enables the organization to readily embrace change, compared to more than half (52%) of all leaders. Perhaps most starkly, higher education leaders are significantly less confident about their organization’s ability to meet the demands of the business than other leaders. Only 14% are confident in their speed between planning, execution, and analysis cycles, compared to 49% of all leaders.

“More than ever, students expect a campus experience that mimics their life—how they order food, access their residence, communicate with peers, and engage with faculty and the administration.” 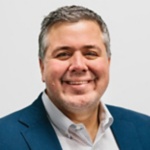 To address this problem, as well as their underlying digital strategy gaps, institutions must first take a more foundational step. According to Hofherr, that means creating and implementing a data strategy. He believes the ability to make smart investments in digital is contingent on having the right data to guide decisions. That’s out of reach for many institutions, where staff are often wrangling information from systems older than the students they serve.

By modernizing their technology infrastructure—replacing brittle, fragmented systems with a platform that seamlessly and securely unifies data across the institution—higher education leaders enable real-time access to accurate, decision-ready data.

“Then, and only then, can institutions think clearly about their digital strategy and how to modernize campuses to support students, faculty, and staff,” Hofherr says.

Those four barriers are:

Without quality data and clear decision-making processes, strategic insights either can’t happen or go nowhere. Indeed, more than half (57%) of higher education leaders say they are not confident in their ability to provide relevant insights to the broader organization. Just 31% of all leaders say the same.

According to Hofherr, when institutions struggle to share insights broadly, whether because of data silos or other IT infrastructure deficits, the core problem is not technological.

“The ability to stand up data lakes, cloud-based systems, and data visualization suites is nothing new. We do it at Workday for large organizations all the time,” he says. “The real challenge is leadership and ownership. Change is hard, breaking down the silos is hard, and the CIO can’t do it alone. There has to be a shared vision for modernizing a campus, investing in the future, and implementing a new way of doing business.”

Higher education leaders are no strangers to the fact that they urgently need new ways of operating. But three-fourths (76%) say their teams lack the skills required to continually meet the needs of the business.

The tech skills gap appears particularly wide in the sector: Just 10% of higher education leaders say they’ve made progress toward deploying artificial intelligence, machine learning, and robotic process automation (RPA) technologies to streamline and/or automate workflows and augment workforce capacity. One-third of leaders surveyed across all industries say the same thing. And when it comes to recruiting, only 11% of higher ed leaders are confident they can attain skills to implement new technologies, compared to 43% of all leaders surveyed.

Hofherr sees two key factors contributing to tech skills deficits: leadership turnover at schools and a global shortage of IT talent. In recent decades, the average tenure of university presidents has fallen from 15-plus years to just six years. With strategies in flux and long-standing pay gaps between higher ed and the private sector persisting, “it becomes harder and harder to retain people due to an institutional mission—people leave for higher-paid positions in industry,” Hofherr says. One solution he suggests? Develop new ways of integrating students into campus IT initiatives, so they can gain real-world experience that helps them stand out in the job market.

A big focus of those IT initiatives, “Closing the Acceleration Gap” suggests, will be breaking down data silos to boost data-informed decision-making. Compared with other industries, higher ed is more heavily focused on making data more accessible and connected. Respondents at colleges and universities say they’re prioritizing related investments far ahead of things such as environmental, social, and governance tracking and agile scenario planning.

Only 11% of higher ed leaders are confident they can attain skills to implement new technologies, compared to 43% of all leaders surveyed.

But whatever digital transformation looks like at a school, leaders need to understand that the key to success isn’t technology—it’s the ability to change the constraints that block change, Hofherr says.

Higher Education: A View From 2026

How can colleges and universities reimagine a progressive digital student experience while building for a better future?

Learn how Marymount University modernized its technology to improve operations and provide differentiated services for its students. 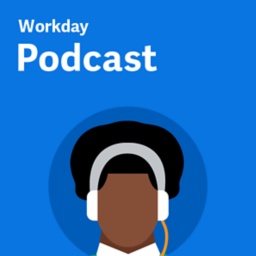 How Workday Student Is Transforming the Student Experience

More and more higher education institutions are looking to transform and elevate the student experience. 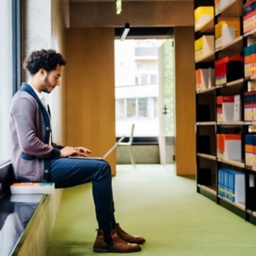