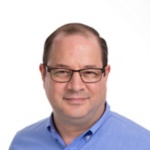 Jason Albert is deputy general counsel at Workday, responsible for public policy and the privacy legal function at the company.

Jason has more than 20 years of global experience in legal and public policy work. Before joining Workday in 2016, he spent nearly a decade at Microsoft, where he was responsible for strategic planning across the legal department and provided counsel on cross-company cloud initiatives. Prior to his role with Microsoft, Jason served as lead privacy counsel at both Chevron and Honeywell. Jason began his career at Covington & Burling, where he worked in the firm’s Washington D.C., London, and Brussels offices.