Despite being developed in the 1960s, Greg Hackman & Richard Oldham’s Job Characteristics Model is still pertinent to the modern workplace. By applying their theories, we can better understand how employees experience motivation at work. 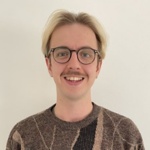 When an employee loses interest in their role, it affects their motivation levels—and ultimately, their productivity. Loss of interest can be down to a number of reasons: perhaps they begin to find the work monotonous, or maybe it isn’t challenging enough for them. What’s important is establishing where that engagement was lost—that’s where Hackman & Oldham’s Job Characteristics Model comes in.

The reality is that many jobs have their mundane elements, and some have more than others. So how can we ensure that our teams are motivated to carry out the less stimulating aspects of their roles?

This is the issue that organizational psychologists Greg R. Oldham and J. Richard Hackman sought to address. In 1975, they studied 658 workers in 62 jobs across seven organizations, publishing the resulting theory the following year. Their Job Characteristics Model remains a blueprint for job design 40 years later.

In the 1960s, organizational psychologists and management theorists started to realize that a production-line approach to work was, in many instances, counter-productive. Repetitive tasks resulted in a demotivated workforce, who were far less productive than when they started in their role.

Using this initial research, Hackman & Oldham introduced the Job Characteristics Model. This was based on the idea that the key to maintaining motivation is in the job itself. They found that mundane tasks reduced motivation and productivity, and varied tasks improved them.

What’s more, the theory they produced was universal and could be applied to any role. They identified the following job characteristics that must be in place to achieve employee satisfaction:

If a job is consciously created to be varied and meaningful, with plenty of two-way communication, the employee will naturally be more engaged with their role. According to Hackman & Oldham, they will also have an increased sense of responsibility for their work outcomes.

The model still acknowledges the role of intrinsic motivators, as proposed by Edward Deci & Richard Ryan, who said that motivation falls on a scale that ranges from ‘extrinsic’ (controlled) to ‘intrinsic’ (autonomous). However, Hackman & Oldham place more onus on HR and management to ensure that the job creation stage hits the right targets.

Applying the Job Characteristics Model to the Workplace

Hackman & Oldham’s model was well-received, due in part to the fact that their findings were clear and easily applied in the workplace. The five characteristics can easily be used as a checklist for job creation or job review. For example, during the job design stage employers can ask whether there were multiple key tasks to break the monotony of the role, or whether the job was clearly placed in a wider context so that its relevance was understood.

Two common motivational methods that have developed from the job design model are job rotation and job enrichment. The former involves employees crossing over to tasks normally carried out by a colleague, and is designed to break up work (while creating a multi-skilled workforce). Tech giant Intel uses job rotation to fill temporary positions, which improves employee satisfaction, teaches new skills, broadens organizational knowledge—and ensures momentum is maintained.

Job enrichment introduces engaging elements to the role. A good example of this is asking an experienced employee to take on some coaching, adding interest and demonstrating recognition. Volvo introduced job enrichment schemes into its manufacturing plants as far back as the 1970s, recognizing the issues with production-line dissatisfaction. Enrichment included smaller working groups, job rotation, and employee-owned councils.

There are few models that translate so easily to engagement drivers—which proves just how comprehensive Hackman & Oldham’s Job Characteristics Model is.

The skills variety characteristic addresses Growth and the need for employees to feel a sense of personal and professional development from their role, which can partly be addressed by job rotation and enrichment as we’ve discussed. Task significance highlights the need for Meaningful Work and the importance of the link between the role and the organization’s success to be clear.

Hackman & Oldham also singled out the value of employee Autonomy, in line with similar findings by Ryan & Deci and Locke. The ability to approach a task in one’s own way goes a long way to reducing repetition, and the feelings of alienation that routine can bring. Identity and feedback ensure that Goal-Setting and Recognition are being met: the model has genuine two-way communication at its centre.

If we design our jobs with these characteristics in mind, employees in any role will be more motivated and productive. For identifying these essential factors, and presenting them so clearly, Hackman & Oldham fully deserve to be hailed as heroes of engagement.