Why Psychological Safety Is the Key to High Performing Teams

Workplaces work best when opinions are shared freely among employees. The cornerstone of such freedom of expression comes from psychological safety—a concept first outlined by the father of employee engagement, William Kahn. 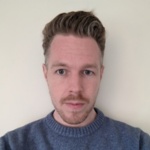 If you want to build a high performing team, then you need to create a sense of psychological safety. In other words, you need to make people feel safe enough that they’re willing to ask questions, share their ideas, and voice concerns when something isn’t right.

Originally defined by William Kahn, and later further developed by Amy C. Edmondson, psychological safety is “a shared belief that the team is safe for interpersonal risk taking.” It was identified by Google as one of the most important aspects of building a successful team as part of a two-year study.

Without psychological safety, it becomes infinitely more difficult to innovate.

Innovation is essential if you want to develop new business ideas, stand out from your competitors, and attract the best talent. When people don’t feel safe enough to share their ideas, it gets in the way of creativity and good decision making.

This is true across all levels of the organization, as highlighted by an example from Edmondson’s field research. A senior executive had recently joined a successful consumer products company. In an early management team meeting, he had serious reservations about a planned takeover. New to the team and conscious of his status as an outsider, he kept quiet because the others seemed so enthusiastic about the idea.

The takeover failed, and even though the executive raising his concerns might not have changed the final outcome, it could have been enough to highlight shortcomings that the other managers had missed—allowing for better contingency plans and ways to minimize risk.

Work as a Life-or-death Situation

It might seem like an over-exaggeration, but when we experience stress or conflict at work, our brain triggers the fight-or-flight response, which shuts down our ability to think strategically and shifts our behavior from reasonable and rational to primal and reactive.

The most common triggers of our stress response at work include:

It’s especially important for people leaders to be aware of these triggers. How you respond in any given situation determines how safe other members of the team feel. Psychological safety doesn’t work if only a few members of the team are comfortable sharing their opinion—freedom of opinion needs to be unanimous.

How to Develop Psychological Safety

First and foremost, team leaders need to take responsibility for explaining, encouraging, and demonstrating the behaviors they expect from their team, but the responsibility is not theirs alone. Anyone in a team can ask for feedback, be more inquisitive, and acknowledge mistakes when they happen.

1. Frame the Work as a Learning Problem

There’s a real catharsis in saying upfront: things aren’t always going to be clear-cut. You won’t always have the answers, and neither will they, but that’s okay. When you see the work you’re doing as a learning opportunity, instead of something that needs to be executed, you’re giving people the freedom to ask questions and search for new solutions.

One of the best ways to get other people asking questions is to ask more of them yourself.

Maybe someone in your team is explaining a new attribution model, but you don’t understand the difference between “first click” and “last click” attribution. Instead of staying quiet, ask how they’re different. When you start asking questions, other people on the team are more likely to start asking their own—especially if they didn’t want to be the first to speak.

3. Acknowledge Your Own Fallibility

It’s highly unlikely that you’re going to be able to resolve 100% of the problems that come up at work, which is why you need to make sure the other people on your team know that. It can be as simple as telling people: “I may miss something—I need to hear from you.”

Holding people accountable is essential for getting the best from people, but without psychological safety it can create an environment characterized by stress and anxiety.

Likewise, psychological safety makes it easier for people to raise their concerns and question the status quo, but without accountability it can result in people feeling too comfortable—which can lead to poor performance and a lack of motivation.

The key to creating the right environment for teams to excel involves balancing psychological safety and accountability (as shown in the image above). When this happens, your team are more likely to be free from anxiety, which allows them to strive for excellence without fear of repercussions.