What does it mean for a beauty company to scale new systems worldwide, and how can an organization strategically plan for the challenges that arise once the deployment dust has settled? Tina Hutchinson, director of Workday operational excellence at Avon, shares her experience. 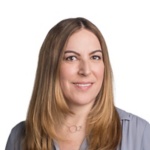 The drivers of change can be diverse and numerous when a global HR deployment spans countries, time zones, and languages. The need for timely execution extends just as far and wide. In this podcast, I spoke with deployment veteran Tina Hutchinson, director of Workday operational excellence at Avon, about how to cover all contingencies with a strategy that takes a team around the world and well beyond the finish line.

Below are a few highlights from Hutchinson, edited for clarity, about what she’s learned about successful deployments. (Note: This podcast was recorded before Brazil’s Natura & Co. acquired Avon, so some of the details may have changed.)

You can find our other podcast episodes here. Be sure to follow us wherever you listen to your favorite podcasts so you don’t miss an episode.

Check out other Workday Podcast episodes.