GM’s CEO Describes Her Vision Around Sustainability, Data, and Inclusivity

Setting ambitious goals for General Motors (GM) across a range of areas—including sustainability, diversity, and organizational agility—the company’s Chair and CEO has made a habit of focusing firmly on the future.

As part of Workday’s Conversations for a Changing World, Barra spoke with Alan Murray, president and CEO of Fortune, about her forward-looking leadership.

An Aggressive Stance on Sustainability

Barra, who made headlines in January by announcing that GM would sell only zero-emissions vehicles by 2035 and setting a net-zero target for its manufacturing plants of 2040, said it was an imperative for the company.

“There’s many, many areas within the company [where] we totally changed processes leveraging the data we have in data analytics with our data sciences, and we also think it’s going to open up new businesses.” 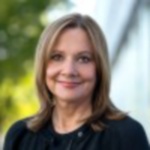 “I think GM is uniquely positioned, leveraging technology to solve those issues … and that's what's causing us to be very aggressive in our goals,” she said.

Barra added that communicating the plan to set a high bar helps concentrate employee efforts. “What I've learned in this role is when you put a big goal in front of everybody, there's clarity quickly. Everybody gets aligned, and then they just amaze you with what they're able to do to achieve those objectives.”

GM’s role in helping shepherd the auto industry toward a more sustainable future has also made it a more attractive employer, Barra added.

Asked whether GM was getting ahead of customers on its ambitious delivery plans for electric vehicles, Barra supported her vision with data points.

“It can always be a possibility, but we would rather be ahead than be behind—and, actually, when we talk to customers and we understand and do research, there's more of a willingness to consider an electric vehicle, and that's what gives us a lot of confidence,” Barra said.

On the importance of data, Barra touted its transformational effect throughout GM, from helping inform hiring decisions to developing insights about prospective customers.

“There’s many, many areas within the company [where] we totally changed processes leveraging the data that we have in data analytics with our data scientists, and we also think it’s going to open up new businesses,” Barra said.

“What I've learned in this role is when you put a big goal in front of everybody, there's clarity quickly.”

Barra also noted that OnStar, GM’s in-vehicle concierge service and diagnostic tool, has logged more than 1 trillion customer miles over the past quarter-century.

“That kind of rich data we have is going to open up new businesses. For instance, OnStar Insurance, where we think we can leverage the information—[we can] give people better premiums and actually help to keep them safe,” she said. “So I don't think there's an area in our business that's not changed because of what we can do and analyze the data.”

Inclusivity as a Broad Goal

Barra’s bold leadership style echoes through other areas, such as diversity. Having declared she wants GM to be “the most inclusive company in the world,” Barra set her sights beyond the automaker’s own ranks, adding, “It's not a title we want to share alone.”

“We want every company and organization to strive to do the same thing because I think that's the world we want to live in, where everybody can be themselves, bring their best selves to work, and therefore do their best work,” Barra said.

Acknowledging that change doesn’t happen overnight, Barra outlined steps the company has taken as it progresses toward its diversity goals, noting that GM conducts regular surveys to “look at how people feel from an inclusion perspective, as well as an engagement perspective,” and also solicits feedback from external experts and suppliers within its supply chain.

“Our vision is, if people listen and then they begin to understand, it creates a dialogue, and that's what really will lead to change when people understand the issues or what other people are facing,” Barra said. “That's what's going to drive the type of change we need.”

Barra’s focus on inclusivity appeared to extend into work-from-home adjustments GM underwent due to the global COVID-19 pandemic. She described a flexible approach toward remote work, with a focus on helping employees fulfill their duties wherever they were.

“We've tried to really be flexible and listen to our employees. … We'll learn more, and we’ll adjust,” she said. “I'm confident we'll have to, but early days it's going well, and our employees seem to really like the empowerment that we’ve given them.”

Barra also credited GM employees’ creativity and innovation as propelling the company through the uncertainty of the pandemic—even advancing the company’s electric vehicle program.

“One of the things I say is let people know what they've got to get done and then get out of their way, because they'll get it done,” Barra said.

Although environmental, social, and governance issues aren’t simple, Brian Moynihan advised CFOs in a recent Fortune event to approach ESG metrics in a way that is straightforward, calculable, and deliverable.