Winning On and Off the Field: NFL Stars Share Their Leadership Insights

Whether in the boardroom or on the gridiron, leadership is more than just a job description, emphasized two National Football League (NFL) stars at Workday’s Conversations for a Changing World digital event.

“Leadership, if you boil it down, is really the ability to influence,” Peyton Manning, the legendary former quarterback, told Alan Murray, president and CEO of Fortune. “If you can't influence a team, it's awfully hard to lead that team, and you have to earn the respect of the people that you're leading in order to be influential.”

“Integrity is huge,” he said. “It’s a selfless act for you to do the right thing all the time when nobody’s looking.”

But it’s also important for leaders to persuade, Fitzgerald added, noting that the best coaches don’t believe in dictatorships.

“You’ve got to be a good listener. You have to be able to admit you don’t have all the answers. You’ve got to ask a lot of questions.” 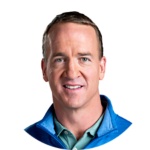 “I was attracted to the vision that [coaches] had for us,” he said, noting that the best coaches can see what players are capable of doing and how teams can get to that place if everybody’s on board. “Being a visionary really inspires people. It endears everybody to stay committed to what that agenda or that task happens to be.”

Manning added that leaders can have different styles, whether by being vocal or leading by example, “and both are effective.”

Being the ‘Ultimate Teammate’

In a game where success is measured in yards, Manning acknowledged that no one has a monopoly on good ideas.

Sharing another anecdote from his football days, Manning recalled a teammate spotting an opportunity in their team’s defense. The player’s suggestion prompted the quarterback to switch up the plan to make a successful play.

“And after that play, I’m telling you that receiver would run through a wall for me because I took his input and implemented it into our game plan—and that's part of being a leader,” Manning said.

It’s at least part of the reason his colleagues have often referred to him as “the ultimate teammate.”

“You’ve got to be a good listener. You have to be able to admit that you don’t have all the answers. You’ve got to ask a lot of questions,” Manning added.

Fitzgerald suggested that members of younger generations who were raised in the information age require leaders who have strong listening skills.

“Data and technology have really changed the paradigm,” he said. “Younger people are now able to question why things are happening: ‘Why do we need to do it this way? Can we change this? I think it's better, it's more effective, to do it this way.’ And I think they can find ways to [use] data and technology to be able to support that thesis, and this helps move things along at a much faster pace.”

“Being a visionary really inspires people. It endears everybody to stay committed to what that agenda or that task happens to be.” 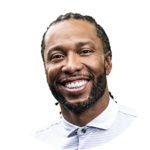 From an organizational perspective, Manning said, it’s important to plan for various scenarios that can take place on the football field. Sometimes that may lead a quarterback to call one play during a huddle, only to change it at the last moment—known as an audible—in response to the other team’s defensive posture.

While such a change might appear chaotic from the bleachers, Manning said that those alternatives aren’t surprises.

“The truth is, at least in my case, every audible we ever called we had talked about as a team,” he said. “We communicate. We said, ‘Guys, if the defense ever does this, if this situation ever happens, this is what we’re going to do.’ Everybody was on the same page. We weren’t just making plays up on the fly.’

“You better be adaptive and flexible,” Manning added. “Have a plan for whatever situation might be coming down the road. It might be this week; it might not be until next year, but you’ve talked about it, and when that situation arises, you go to that audible, and you go to that plan.” 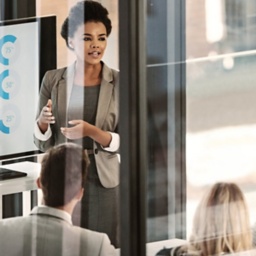 What does it mean for a beauty company to scale new systems worldwide? Tina Hutchinson, director of Workday operational excellence at Avon, shares her experience. 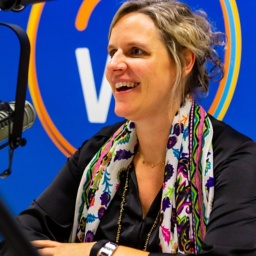