Finance in a Digital World: Factory or Strategic Function?

Extracting insights from data is becoming more important for CFOs, as finance teams are expected to unlock value in an increasingly digitized world. Four CFOs describe their journeys at a recent Fortune event.

The finance function is evolving.

In addition to the increasingly complex roles CFOs play within their organizations, the push to optimize the bottom line, gain deeper business insights, and streamline operations has never been greater. In order to continuously move toward strategic goals, CFOs must also help shepherd the process of integrating artificial intelligence (AI) and machine learning into day-to-day processes, from envisioning future investments in technology to developing a finance team with the necessary skills.

In a recent Fortune Emerging CFO webcast, four leaders discussed their digital transformation journey and how they—and their employees—are moving toward the future of finance.

Tucker Marshall, CFO at J.M. Smucker, said his department has made substantial progress automating its repetitive, manual processes within the finance function. The effort, which is about 24 months old, has freed finance workers from rote tasks. “The exciting part of this automation journey is it creates a conversation within the finance function, and it enables our people to be creative but also unlocks capacity for them to consider other ideas,” he said.

For J.M. Smucker, automation has already been a success in its production of Uncrustables, its ready-to-eat, peanut butter and jelly sandwiches.

“We’ve been working with individuals and teams to ensure they have the storytelling acumen, that we understand the levers and drivers of the business, not only yesterday but also tomorrow and beyond.” 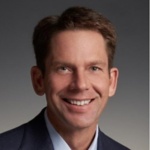 “It is a highly automated process, from baking bread all the way through to the packaging of the product and putting it into the freezer,” Marshall said. “And automation has enabled us to produce 1 billion sandwiches per year—and we hope to more than double that ability.”

Mike Spencer, vice president and CFO at Honeywell Connected Enterprise, agreed about automation’s ability to unlock human potential. “It generates conversation because once you prove you can move something that folks thought was a huge obstacle, it starts to generate other ideas within the ecosystem, which is super productive,” he said.

Spencer added that adopting a “growth mindset” in understanding the role of automation to operate at a higher level is one of the toughest challenges for finance workers. “This is about advancing the overall agenda for the company and starting to utilize your talent in a more proactive way vs. just being a data processor,” he said.

Eileen Tobias, CFO at Komodo Health, said the transformation journey is different at an early-stage company, adding that its challenge was leveling up its existing technology. “Systems that worked when we first started, the tools that we put in place the first year we were in business, are not the right ones for us now—and they’re certainly not going to be the right ones for the next seven to 10 years,” she said.

Thinking About Talent for the Future

The ideal finance worker today has to do more than their counterparts of the past, said Kelly Gast, senior vice president and CFO at Bayer. While accounting and analytical skills remain important core components, future finance teams will need people who will look beyond topline numbers to imagine what lies on the road ahead.

Gast said she has looked to hire people who have experience in systems management or data management, along with a link to finance, then expose them to various teams throughout the organization to help them develop a broader perspective. The effort is making slow, steady progress, aided by the testimonials of people who find the value in such experiences, she added. “People see that, and they want to engage and try to be a part of that going forward.”

In addition to traditional accounting and finance-related skills, the right mix of talent at J.M. Smucker includes people with operational, statistics, and data analytics acumen, Marshall said. But softer skills are in demand, too.

“We’ve been working with our individuals and teams to ensure they have the storytelling acumen, that we understand the levers and drivers of the business, not only yesterday but also tomorrow and beyond,” he said. “This mindset really comes from a focus of bringing a group of individuals together that are very diverse in thought, mind, and, candidly, body because that’s what we need in order to move these organizations forward.”

Intellectual curiosity is another important element, Spencer said, adding that data automation is just one part of preparing for the future: A strong skill set must include the ability to interpret data in order to gain deeper insights.

“What I found to be one of the big differentiators, frankly, between the upcoming leaders and those who can’t quite make it is the ability to really ask the second- and third-layer questions to look at a set of data and say, ‘What is the data really telling me? I don't quite understand it. Let me ask another question. Let me answer the question,’” he said.

Looking a Decade Ahead

Continuous close, he added, means that end-of-month activity will instead take place on a rolling basis during the accounting period, with automation helping to enable the process. Additionally, forecasting will evolve from a monthly, quarterly, or annual basis to a multiyear basis that can also take into account variables to simulate different outcomes in the future.

“While accounting and analytical skills remain important core components, future finance teams will need people who will look beyond topline numbers to imagine what lies on the road ahead.” 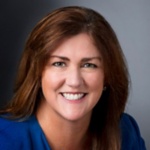 Marshall added that the ability to create simulations through enterprise resource planning (ERP) systems will be key enablers of how organizations consider and plan for near-term and long-term growth.

When customers think about a manufacturing plan, Spencer said, one of the biggest challenges his organization faces is helping them unlock data from the assets that sit within their facilities.

“All the pieces of equipment that sit within a manufacturing plant, historically, have never been connected,” he said, adding that it was an exciting new frontier. “Just imagine the data you can start to pull from assets that were never visible before to the naked eye, from a finance standpoint.”

When the topic turned to finding the talent necessary to operate optimally, Gast said that Bayer looked outside the organization.

“From Bayer broadly, we are big fans of going outside and finding expertise,” she said. Recently, Bayer outsourced IT projects as well as enlisting the help of PwC following the acquisition of Monsanto. “It’s proved to be a really, really good thing because they brought so much automation. It would have taken us years to get there.”

Tobias said her organization outsourced diligence and integration functions in its recent acquisitions, as well as for special projects and implementation of new systems. “It can help move a project along faster, especially as we’ve struggled to hire,” she said.

“We’re also thinking about gigs and opening up opportunities to different individuals, whether within the company or outside of the company,” said Kae Arima, vice president, finance, at Workday. Arima also noted that Workday had recently acquired VNDLY, a startup that helps companies manage contractors and other external workforce hires. “It’s certainly top of mind for us.”

“One of the big differentiators between the upcoming leaders and those who can’t quite make it is the ability to ask the second- and third-layer questions to look at a set of data and say, ‘What is the data really telling me?’” 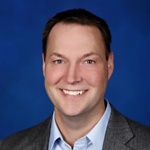 Marshall said the internal audit function at J.M. Smucker had transitioned from being nearly 100% outsourced to an in-house team about three years ago in an effort to raise its visibility and prominence, as well as to bring automation to the operational and compliance aspects of the business.

“We saw this as an opportunity to create a balance between the importance of internal audit and being insourced,” he said. “But now we’re also acknowledging, through various assessments and also the need to bring in talent, that we need to partner as well.”

For Spencer, outsourcing remains a way to grow the learning mindset for finance teams.

“One of the best things you can do to develop is actually trying to learn best practices, whether that’s using a third-party vendor, consulting with your network, reaching out to peers on LinkedIn,” he said. “It’s a balance of building within and partnering from the outside as well.”

Modern planning can help your business anticipate change and respond with minimal disruption. And it’s easier than you think. Learn how Workday can help you achieve business agility with continuous, company-wide planning. 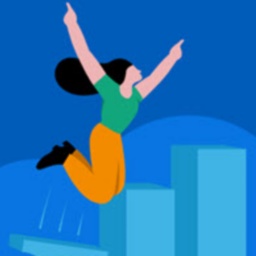 When the world changes, your business has to be ready to change with it. Learn how you can help your organization plan and pivot with smarter business decisions in this report.