Governments: 5 Things They Aren’t Telling You About Your Legacy System ‘Upgrade’ 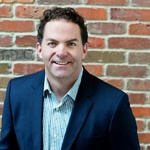 Everybody likes an upgrade. Technology that is faster, cheaper, and more efficient helps governments do more on tight budgets—and provides more resources to the people they serve.

But not every change is an improvement. “Upgrades” that simply move an existing enterprise resource planning (ERP) system to the cloud just shift IT costs from one area to another and don’t address the key obstacles that governments face.

For example, the Workday Global ERP Journey survey, conducted in December 2021 in partnership with IDC, found that 81% of government respondents say their ERP system needs significant upgrades, major investments, or a complete refresh. Almost half named these as the top three challenges associated with their existing ERP systems: tech complexity (49%), budget (48%), and lack of flexibility or agility (46%). Replatforming an existing ERP system is expensive and addresses none of these challenges.

While some software providers would have government leaders believe that a “lift-and-shift” approach offers a cost-effective way for government organizations to make piecemeal improvements, in practice it leaves many fundamental problems untouched. Rather than helping governments take baby steps toward the cloud, it puts an expensive bandage on a broken system. Plus, it delays the investments that are needed to make governments more resilient in the face of uncertainty.

Here are five areas where legacy system “upgrades” fall short of the true transformations government IT systems need to adapt and evolve.

In times of disruption, government organizations need to be able to adapt quickly to change. As the needs of citizens evolve, public IT systems will have to scale, incorporating new innovations that make them more agile.

But citizens have lost faith in government’s ability to deliver. The “Edelman Trust Barometer 2022” report revealed that only 42% of people believe that governments can successfully execute plans and strategies that yield results. To shore up eroding public confidence, governments need systems that are faster, flexible, and more user-friendly.

Legacy systems aren’t set up to incorporate modern technologies, such as machine learning, augmented analytics, and intelligent automation, that can make government workers more effective and efficient. They can’t offer the experiences and capabilities that both employees and citizens have come to expect.

Reporting is another area where these systems often fall short. Slow and unreliable manual processes hinder real-time decision-making, limiting a government’s ability to support its workforce and serve its constituents.

Moving outdated systems to the cloud doesn’t address any of these architectural shortcomings—and keeps governments shackled to technology that no longer meets their needs.

There’s no question that maintaining legacy systems wastes millions in public funds every year. A recent report from the U.S. Government Accountability Office found that just 10 critical federal IT legacy systems cost American taxpayers roughly $337 million to operate and maintain each year. Between 2014-19, maintenance of these types of legacy systems consumed nearly 80% of the U.S. government’s total IT spending.

Workday has seen government organizations save up to 47% when comparing the 10-year cost of ownership of maintaining existing systems or upgrading with the same vendor.

Migrating existing systems to the cloud can help reduce overall data center and infrastructure costs in the short term, but this a half-measure because it doesn’t address fundamental integration, functionality, and security issues. In other words, this investment is only a temporary fix. At some point, sooner rather than later, the rapid evolution of technology could very well require governments to adopt an enterprise management cloud. In which case, their entire investment in the “upgrade” is lost.

In the meantime, governments that opt for a time-intensive, piecemeal deployment will need to pay high upfront costs for a solution that still requires expensive maintenance—and will need to be “upgraded” again in just a few years. Governments can lower the overall cost of their cloud conversion by moving directly from point A to point B.

Government organizations are increasingly popular targets for cyberattacks. For example, hackers working for the Chinese government broke into the computer systems of at least six state governments in 2021 alone.

Simply moving outdated systems to the cloud can exacerbate existing security vulnerabilities, as each integration presents a host of weaknesses that need to be managed. Legacy ERP procedures come with fragmented systems, calcified processes, and complex architectures where data is stored across multiple systems—increasing the attack surface for would-be hackers.

The level of support required to manage risks spread across multiple databases in these systems can be expensive, as they often require costly customizations and reconfigurations that need to be continually monitored and updated. Plus, patching old problems isn’t always a reliable fix.

Conversely, an enterprise management cloud is built with security top of mind, and fixes are rolled out as soon as new threats are identified—with no additional cost or effort to the organization.

Legacy ERP systems are often customized to meet an organization’s specific operational needs. But migrating them to the cloud can put stress on custom applications, reducing system reliability and resilience.

When integrations fail and need to be repaired, outages lead to significant disruption. For governments, that can mean missed benefits payments, delays in services, and other problems that restrict access to the resources citizens depend on.

Cloud-native systems, on the other hand, are built for scalability. When needs change and new features are added, government organizations can continue with business as usual, knowing that their configurations will be preserved as the system evolves.

Beyond the cost savings, having a single, harmonized source of truth helps government organizations do more for the communities they serve—and boost public confidence in their capabilities.

While the upfront cost of a lift-and-shift migration may appear cheaper than adopting a cloud-native system, these half measures also deliver a fraction of the value. Software companies’ advertised “rapid upgrade” programs generally do not include the effort to migrate integrations and customizations (which usually represent the bulk of upgrade costs to begin with). The baseline price is rarely what customers actually pay—and the costs tend to increase over time.

In addition to ongoing updates and fixes that eat away at ROI, government organizations will still need to maintain related systems, including recruiting, learning, payroll, and budgeting. And when you start to count the years until the sunset dates for many of these solutions, the business case for this type of investment becomes even less compelling.

The Benefits of Reimagining Your ERP

While annual budget constraints can put government leaders in a tough spot, proactive technology planning can save public organizations a lot of money over the long haul. Workday has seen government organizations save up to 47% when comparing the 10-year cost of ownership of maintaining existing systems or upgrading with the same vendor.

For example, instead of spending $6 million to upgrade its existing ERP system, Clark County, Washington turned to Workday to meet its financials and human capital management needs. The flexibility and features of Workday’s cloud-native solutions helped the county complete payroll 60% faster, cut unapproved spend by 15%, and save $1.6 million annually.

Beyond the cost savings, having a single, harmonized source of truth helps government organizations do more for the communities they serve—and boost public confidence in their capabilities.

According to Accenture, federal leaders that replace stovepiped applications and operating models with open, standards-based IT ecosystems are more likely than their peers to see high levels of citizen satisfaction with government services (54% vs. 26%) and use reliable data to form insights and drive business change (95% vs. 53%).

Whether facing slow demographic shifts or a crisis situation, having a simple but resilient IT system in place lets governments adapt to change—and provide services that their citizens can rely on for the long term.

Discover how to build an agile organization that delivers for your constituents in this IDC eBook sponsored by Workday:

Learn how governments can embrace a fast-approaching future.

Why are today’s leading government organizations turning to Workday?