A provider of local, long distance, and international moving services since 1914, Coleman Worldwide Moving is furthering its financial transformation with data reporting and analytics that drive strategic decision making. Alex Chance from Coleman recently shared insights on creating a holistic picture of the company’s financial performance.

Coleman Worldwide Moving helps corporations, governments, and individuals manage moves, storage, and relocations. It operates 60 service centers across the U.S. and is the largest agent for Allied Van Lines. In 2019, Coleman added Workday Prism Analytics to its portfolio of Workday solutions, empowering managers to blend insights from Workday Financial Management with external data to create a holistic picture of the company’s financial performance.

Too Many Systems, Not Enough Understanding

“We really needed a better analytics tool,” says Alex Chance, senior solutions architect at Coleman Worldwide Moving. “Our systems weren’t compatible, and users constantly complained about having to go into disparate systems to get the data they needed. Workday Prism Analytics gives us the ability to incorporate external data within Workday.”

Coleman’s first priority was the general manager dashboard, a one-stop shop for managers to access key metrics. “Managers are very busy,” says Chance. “They're on the move. They're running warehouses. So they don't have a lot of time to sit down at their computers and crunch numbers. With the dashboard, they can see a summary P&L (profit and loss statement) and get a really good picture of what’s going on at their location.”

“Finance can literally run a report in a few seconds and see the data they need, make decisions, and take corrective actions as needed.” 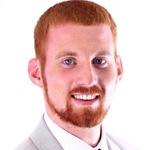 The dashboard combines data from Workday Financial Management with additional data sources, including Coleman’s operations, move management, and billing system; fleet maintenance system; and customer satisfaction surveys. “We've brought all of that into Prism Analytics, so we're able to provide blended reporting and analytics to our users,” Chance explains. “Managers can just jump right in and get really nice metrics that they've never been able to get before. We really wanted to get users out of spreadsheets so they could spend less time compiling the data and more time actually reviewing and analyzing insights.”

Getting Drivers on the Road to Profitability

Drivers are the lifeblood of the transportation business, so it’s important to have good driver analytics and understand driver P&L. “It’s very common to have different types of drivers in our business,” says Chance. “You may have an owner-operator driver who’s furnishing their own equipment, or you may have a company driver who is re-leasing our equipment, so ways of tracking expenses vary.”

Chance continues, “We have had cases where the metrics provided by this tool have shown that drivers should actually switch from one type to another. For example, we had a driver who wasn't performing well as an owner-operator because he wasn't tracking his expenses effectively. It was more beneficial for him and for the company to transition to being a company driver, letting us manage his expenses. His numbers turned out to be more profitable.”

Coleman is also bringing in data from its fleet payment system to track fuel expenses and driver advances, which are often paid out during off-peak times. “In down periods, drivers don't do as well,” says Chance. “If we're going to advance a driver a certain amount of money, we need to know what they did last year. Were they profitable? Their dispatchers can view this information and see everything at a glance and not have to jump from three or four different systems to get all the data they need.”

Data in Seconds and Minutes, Not Hours

Before Workday, generating driver P&L took up to an hour for a single driver. Now, Coleman is able to run reports for 300 drivers in a matter of minutes. Chance says, “This has really given time back to our analysts, managers, and finance executives.”

Invoice matching has also improved under the Workday deployment. He says, “We used to have to run a report for invoices, export it to a spreadsheet, jump out to the billing system, run a separate report, export that to the spreadsheet, crash the two together, check for any differences, make sure everything was posted correctly, and make sure each new customer was set up properly. It would take a significant amount of time every day to go through that review process. But now we're bringing the data from the billing system directly to Workday through Prism Analytics.”

Bottom line, Coleman Worldwide Moving is now able to get real-time visibility into its financial performance. “Finance can literally run a report in a few seconds and see the data they need, make decisions, and take corrective actions as needed,” Chance says.